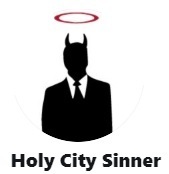 Created in August 2011, Holy City Sinner celebrates the many sides of the historic and lively city of Charleston. From local news aggregation, helpful resources, politics, and interviews to event listings, celebrity sightings, and party previews, the blog serves as a hub for the city’s day-to-day happenings.

As evidence of the blog’s reliability and popularity, Senger has been featured in USA Today, Southern Living, the Post & Courier, and Skirt! Magazine. Senger is also a community blogger and weekly guest on ABC News 4 and makes regular appearances on Fox 24’s Fox News Now and Kickin 92.5. In addition, he has appeared on the BBC and BBC Radio, Live 5 News, Lowcountry Live, 105.5 The Bridge, Quintin’s Close-Ups, and Mix 95.9. 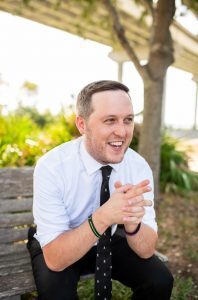 In 2016, Senger was named one of Charleston’s “Best & Brightest,” by the Cystic Fibrosis Foundation of South Carolina. The program honors the “Lowcountry’s finest young professionals who exemplify strong leadership qualities, are active in their community and have excelled in their chosen professions”

Why the name “Holy City Sinner”? Although Charleston is known for its strong religious base and southern hospitality, it is also well known for some hedonistic behavior. Much like many of his fellow residents, this blog’s creator can often be found trying to balance the city’s equally enticing extremes. Holy City Sinner hopes to celebrate the many sides of this historic and lively city, but also aims to call attention to what needs to be improved in order to make Charleston even better.

Disclaimer: The views expressed on this website are my own and do not reflect the views of my employer.