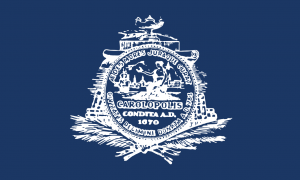 The Anson Burial Memorial will be built near the corners of George and Anson streets. The memorial is to remember the 36 Africans/ African Americans and Native American whose bodies were disinterred during the renovation of the Charleston Gaillard Center in 2013.

“A promise was made when the 36 Ancestors were reinterred in 2019 that a fitting memorial would be built to mark their graves and now, we are going to fulfill that promise,” Mayor John Tecklenburg said.

At the end of August 2021, Mayor Tecklenburg invited 24 people – representing specific organizations and other civic leaders – to discuss how to memorialize the Ancestors. The organizations that attended that discussion included:

These groups held further meetings in 2021 and early 2022, during which sculptor Stephen Hayes was invited to develop a design for a memorial. His design was enthusiastically accepted.

Since the development of the design, organizations and individuals have stepped forward to expand the potential impact of the memorial. The setting of the fountain, designed by Steve Dudash of the Navy Yard Charleston, has been enlarged to provide an appropriate place for reflection.

The Gaillard Center has committed to using the Memorial, housed on its campus, to add another dimension to its extensive arts and curriculum-based educational programs.

The Gibbes Museum of Art – where Stephen Hayes was awarded the 1858 Prize for Contemporary Southern Art in 2020 – will participate in Stephen Hayes’ process of casting the hands. Le’Sheia Oubre and Joanna Gilmore, original members of the Gullah, will select the individuals who will have their hands cast for the project. Genealogical information studied by Dr. Raquel Fleskes and Dr. Theodore Schurr of the Department of Anthropology at the University of Pennsylvania, through a grant from the National Geographic Society, serves as essential background for the story of the Ancestors.

In addition to the support of the Wells Fargo Foundation, generous contributions have been made by the Samuel Freeman Charitable Trust, the Spaulding Paolozzi Foundation, Denny’s, and Wolverine Worldwide Foundation. Nelson Mullins provided pro-bono legal counsel. Thomas & Hutton have worked pro-bono on engineering the fountain, and the beautiful renderings have been contributed by Outdoor Spatial Design.

To learn more, to make a donation or to volunteer to have your hands cast, go to: www.asabgproject.com.

Sculptor Stephen Hayes has designed a fountain with a basin that will be earth-formed from the land in which the Ancestors were buried, as well as earth from other previously unacknowledged grave sites of enslaved people in Charleston. Each of the 36 Ancestors will be memorialized with a pair of hands extending from the basin, those hands will be cast from living individuals whose age, gender, and ethnicity match those of the deceased. Behind each hand will be an individual jet of water, some of which will fall on the hands. Some hands will hold the scant possessions buried with the individuals, such as beads, ceramics and two coins, among other items.

Mr. Hayes is an Assistant Professor of the Practice of Art, Art History and Visual Studies at Duke University. A multi-media sculptor who calls himself a “creator” rather than artist, Mr. Hayes is a Durham, North Carolina, native who works in wood, metal, fabric, paper and sound. He is known for making life-size sculptures that address the United States’ conflicted history of slavery. His work has been shown over a decade at galleries and museums, as well as at the Contemporary Art Museum in Raleigh, North Carolina and the Cameron Art Museum in Wilmington, North Carolina. His work has been reviewed in the New York Times and Washington Post. He created “Boundless,” to commemorate the Black Union soldiers who fought in the American Civil War and used castings from those soldiers’ descendants.

South Carolina Receiving $979.01 Million from the Infrastructure Law for Roads, Bridges and More