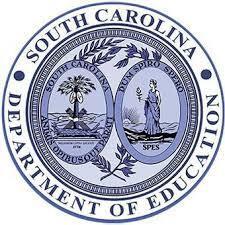 Greenville, S.C. – The South Carolina Department of Education and its partners will host a Computer Science and STEM Summit on September 19th in Greenville. Speakers for the event include State Superintendent Molly Spearman, Gov. Henry McMaster, Arkansas Gov. Asa Hutchinson, and Lilyn Hester, Head of External Affairs-Southeast for Google.

Registration for the Computer Science and STEM Summit can be found at the following link: www.bit.ly/SCCSSummit

“South Carolina’s future prosperity requires an educated and trained workforce,” said McMaster. “By investing in STEM education, we are providing our young people with the computer science and technology skills they will need to join our state’s workforce.”

Spearman added, “We are excited to host this event and show the efforts we are making to highlight computer science and STEM education in our state. Careers that require computer science knowledge and skills continue to grow in South Carolina and nationwide, and I am proud of the foundation we have laid that has made us a national leader.”

South Carolina’s continued climb to prominence in computer science education is a testament to the focus that has been placed on the career field in recent years by state and local leaders including Gov. McMaster who serves as a member of the Governors’ Partnership for K-12 Computer Science with Gov. Hutchinson.

The summit will feature presentations from professionals across the landscape of computer science and STEM education, panel discussions and keynote speakers. A welcome event is planned for September 18th.

“As we have worked with South Carolina schools for the past few years, it has been exciting to see the state emerge in making computer science and STEM a state priority,” said Sheila Boyington who is CEO of Learning Blade, a sponsor of the summit. “We look forward to an event that will highlight our exceptional users and best practices in the state.”

Hester added, “We are thrilled to participate in the Computer Science and STEM Summit and work with local educators to continue the work of providing high-quality computer science education to the next generation of leaders.”