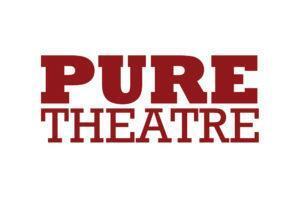 PURE Theatre is debuting the Southeast regional premiere of Mlima’s Tale by Lynn Nottage on Thursday, June 16th. The show will run from June 16th to 25th at Cannon Street Arts Center.

A magnificent elephant is trapped by the underground international ivory market. As he follows a trail littered by a history of greed, Mlima takes us on a journey through memory, fear, tradition, and the penumbra between want and need.

Tickets for Mlima’s Tale range from $28 to $40. There will be a Pay What You Will performance on Thursday, June 16th. The show will be simulcast as part of PURE Live on Saturday, June 25th, and is available through the All-Access Flex Pass for three, four or eight tickets.

Follow us
Related Topics:Cannon Street Arts CenterPURE Theatre
Up Next

As Crowds Return, City Works with Merchants to Clear Obstacles from Sidewalks