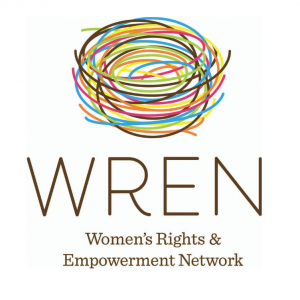 Commentary By: The Women’s Rights and Empowerment Network (WREN)

Legislators in the South Carolina General Assembly are poised to hear another slate of anti-abortion bills on Wednesday. The bills, S.907 and S.988 are the latest in a succession of proposed legislation that seeks to diminish, and in some cases deny reproductive healthcare in South Carolina.

This latest attack comes while the country awaits opinions on several abortion cases at the US Supreme Court.

S.907 – a medication abortion misinformation bill – would force doctors to lie to their patients, requiring them to tell abortion patients who receive a medication abortion that they can reverse the procedure. This bill is dangerous and unethical. It would force doctors to provide patients with information that is medically inaccurate, misleading, and could be harmful to a patient’s health.

S.988 – a total abortion ban and personhood bill – uses language referring to a fertilized egg as a person, meaning that a fertilized egg has all the same rights and protections as a living, breathing human. This Personhood language has far-reaching implications beyond just abortion access such as:

Additionally, this bill calls for the criminal prosecution of any person who obtains an abortion and the medical professionals who provide abortion care. They could be charged with murder and could face the death penalty.

“It’s appalling that politicians are willing to go to such extremes to attack our reproductive freedoms. The people of South Carolina see this for what it is– political opportunism at the expense of our lives,” Ann Warner, WREN CEO said.

The Women’s Rights and Empowerment Network (WREN) is a 40,000-member network with the mission to build a movement to advance the health, economic well-being, and rights of women, girls, and gender-expansive people. In 2020, WREN conducted a poll in partnership with Change Research that found that, regardless of political affiliation, the majority of women and LGBTQ+ voters in South Carolina believe abortion should be legal.

In 2021, we heard testimony from a South Carolina citizen who said that “women are fully formed, intelligent, capable adult human beings and slowly stripping away the parameters of the decisions we are “permitted” to make is not only unconstitutional, it is just plain insulting. I know my body and my life and my capabilities better than any of you ever will and I should be trusted to make the decisions that are best for me.” That sentiment rings true now more than ever.

South Carolina currently ranks 50th in the nation in healthcare for pregnant mothers and newborns. Anti-abortion legislation would further serve to make this state inhospitable for any pregnant person. The same 2020 poll found that a plurality of voters rated South Carolina as a negative place for women.

“South Carolinians are sick and tired of their elected officials telling them they know better than them about what’s best for their lives and their futures,” Warner said, “our lives are on the line right now. We need every South Carolinian to speak out.”