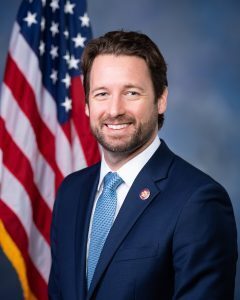 Former Congressman and Democratic candidate for governor Joe Cunningham released the following statement in response to the Governor’s State of the State address:

“I was in Washington, DC long enough to understand what people hate about politicians: Empty suits and empty promises. Tonight, our state saw both.

South Carolina continues to lead the rest of the nation in COVID cases because our governor has used politics as his North Star instead of science. He has embraced wild conspiracy theories and is so terrified of his radical base that he refuses to encourage people to get vaccinated. His decision to ignore COVID has once again resulted in school closures, worker shortages, and preventable deaths. For the governor to tout his COVID approach as anything other than a failure demonstrates how unserious he is about saving lives.

Under Governor McMaster’s watch, South Carolina schools consistently rank last in the nation and our teachers are leaving the profession in droves because they are underpaid and under-appreciated. Once again, the governor’s solution is to divert taxpayer money to private academies, decimating an already-underfunded public school system.

Governor McMaster’s decision to ignore our state’s infrastructure for half a decade has led to South Carolina having literally the worst roads in the nation. He has offered no new ideas and no solutions to fix our roads and bridges. And while he previously said he didn’t want the millions of federal dollars passed under President Biden’s American Rescue Plan, nearly every infrastructure project the governor touted tonight is being funded by it. McMaster not only opposed it, but called it “absurd,” and claimed it would “punish” our state. Unfortunately, we did not hear the governor admit his massive error in judgment in opposing a bill that he is now using as the basis for his re-election. It’s a classic move by a 40-year career politician with absolutely no shame.

Governor McMaster prefers to blame our state’s shortcomings on the one year of the Biden presidency instead of taking responsibility for his own record as a forty-year politician. Politicians rarely give people the honest truth. But I will.The truth is our roads, schools, and healthcare systems were in shambles before President Biden was elected and before COVID hit. The problems were already here, but COVID simply exacerbated them and placed a strain on the hospitals and schools that are now treading water just to survive.

My vision for South Carolina could not look more different. As governor I will fight to:

We live in a state where football coaches are fired after just one losing season. Henry McMaster has been cashing government paychecks for nearly 40 years and we find ourselves last in every measurable quality of life. Now, he has the audacity to ask for a four-year extension to his contract. Giving him four more years to do the work he has been unable to do in over half a decade as Governor or nearly half a century in politics is the definition of insanity. We should demand more of a governor than we do our football coaches, or at least the same.  Luckily, this year we will have the opportunity to install new leadership that will tackle our problems with new solutions and new ideas. And then we can tell our kids honestly that we cared at least as much about their future as we did our beloved football teams.”

Follow us
Related Topics:joe cunninghamState of the State
Up Next