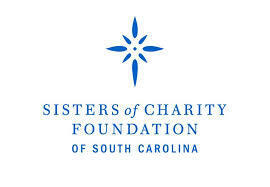 Tom Keith, the long-time president of the Sisters of Charity Foundation of South Carolina will retire in July of 2022. Keith is the founding president of the Foundation which began in May 1996 and he has served in that role for nearly 26 years. Keith previously led the Providence Hospital Foundation from 1993-96. A search committee has been established to ensure a smooth transition for the organization. Under Keith’s leadership, more than $81 million in grants has been disbursed to over 3,100 organizations across South Carolina. He also helped found the SC Center for Fathers and Families, the South Carolina Grantmakers Network, and the Collaboration for Ministry Initiative for women religious across the state.

“Tom’s decision to retire is bittersweet for all of us involved with the Foundation,” said Andy Folsom, board chair. “We are excited for Tom and his future but will miss his leadership and strong commitment to the mission of the sisters.”

Keith’s career in the non-profit sector spans more than 45 years. He began his nonprofit journey three months out of college in August of 1976. His community work includes serving on the boards of Columbia College, The Columbia Free Medical Clinic, Healthy Learners, and the SC Center for Fathers and Families.

“Tom has been a loyal and dedicated servant leader to the foundation and the Sisters of Charity for parts of four decades,” said Sister Judith Ann Karam, Congregational Leader of the Sisters of Charity of St. Augustine. “His commitment to and passion for alleviating poverty in South Carolina has been extraordinary and we will miss him very much,” Karam said.

The Foundation search committee hopes to name a successor by March of 2022.

Follow us
Related Topics:Sisters of Charity Foundation of South CarolinaTom Keith
Up Next