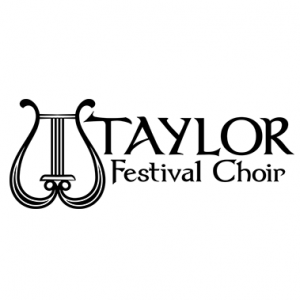 The Taylor Festival Choir celebrates Martin Luther King, Jr. Day weekend with a choral concert at 4 pm on January 16th, 2022 at Second Presbyterian Church entitled  “Reaching for the Light,” featuring four powerful choral works that focus on the struggle for  freedom and equality.

The concert’s feature work is “His Light Still Shines,” a choral cantata celebrating King’s life  and impact on the world written by the late, great American composer Moses Hogan. Other  works are:

Everyday Wonders: the Girl from Aleppo—a cantata which tells the story of Nujeen Mustafa, the  Kurdish girl with cerebral palsy who travelled 3500 miles by wheelchair to Germany to escape  Syrian Civil War

Led by Robert Taylor, the Taylor Festival Choir (TFC) will be joined by singers from Gregg Mid dle School in Summerville, under the direction of TFC member Maurice Burgess, who will be  featured in Everyday Wonders: the Girl from Aleppo.

Artistic Director Rob Taylor stated, “Martin Luther King, Jr. was one of my parent’s great he roes, and he has been one of mine as well my entire life. This concert honors not only MLK and  his work, but embodies his values, as the works we have chosen musically tell the story of  mankind’s struggle for equality, freedom and universal love and understanding—the never-end ing act of ‘Reaching for the Light.’ It is our great privilege to introduce these four powerful  choral masterpieces to our Charleston audience for the very first time.”

Tickets for the January 16 concert can be purchased at www.taylormusicgroup.org. Admission  is $35 preferred seating, $25 general seating, $10 student. Safety protocols in place for  COVID-19 include masks worn by all performers, staff and audience members, and proof of  vaccination or a negative COVID test submitted within 72 hours prior to the concert for anyone  in attendance. For further information, please call 843.819-6961.