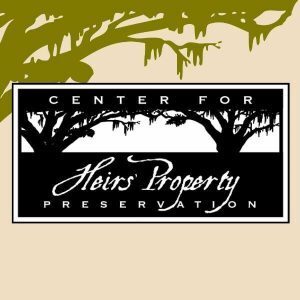 The Center for Heirs’ Property Preservation and the Mississippi Center for Justice, together with their partners from World Wildlife Fund (WWF) and Kimberly-Clark, will host an event to launch a major initiative to help historically underserved families in Mississippi protect and keep their forestland.

The initiative will address heirs’ property—a pervasive yet underdiscussed issue. Heirs’ property is land passed down informally from generation to generation and is split between heirs, often because landowners died without a will or taking legal action to transfer title. As generations go by, a parcel of land can end up with dozens of owners. Without clear ownership, the land can easily be lost to developers and timber harvesters, tax sales, and forced partition sales.

This problem is particularly pronounced among Black families in the South. That’s because decades ago, as Black people were finally able to acquire land, they often didn’t have the resources to create wills. As such, the U.S. Department of Agriculture has called heirs’ property “the leading cause of Black involuntary land loss.”

During the event, leaders from the Center for Heirs’ Property Preservation and the Mississippi Center for Justice will discuss the challenges of heirs’ property and how the new initiative will help landowners in Mississippi. Leaders from WWF and Kimberly-Clark will also share why they are supporting the initiative and the importance of resolving heirs’ property issues to protect the environment.