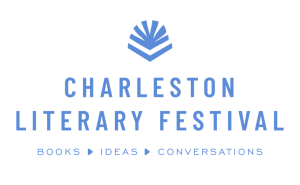 Charleston Literary Festival on Thursday announced that tickets are officially on sale for this year’s event (being held November 5th to 14th), including opening night tickets for the world-renowned ETHEL, a string quartet. In addition, the organization announced a festival first collaboration with The Booker Prize and a partnership with Breeze Airways that will award two roundtrip airline tickets to Charleston from each of its 11 eligible cities to attend the festival, along with complimentary tickets to three sessions of the winners’ choosing.

“We are marking the fifth year of Charleston Literary Festival with our most ambitious program of in-person and virtual events,” said Diana Reich, Artistic Director, Charleston Literary Festival. “As we begin to emerge from months of separation due to the pandemic, there is a hunger to gather and exchange stories, ideas, and conversations about what makes us human – the ability to use our imaginations to experience other lives. Books are gateways to other eras and worlds, helping us to make sense of our own existence. This year’s impressive lineup of events will appeal to all constituencies and tastes, with an opening performance by ETHEL, hosted at 20 South Battery, a fitting venue and beautifully restored 19th-century mansion in Charleston’s Historic District.”

This year the festival is also celebrating its first collaboration with The Booker Prize, the leading award for fiction in the English-speaking world, by featuring three of the 2021 long and short-listed authors: Patricia Lockwood (no one is talking about this), Maggie Shipstead (Great Circle) and Nathan Harris (The Sweetness of Water).

In all, there will be 26 sessions, a mixture of virtual and in-person, from which to choose. Patrons will have the opportunity to address questions directly to their favorite authors, acquire signed copies of books, and engage with some of today’s most exciting and intriguing thought leaders, academics, and cultural movers and shakers. Highlights include legendary film guru James Ivory launching his memoir Solid Ivory. Novelists Lauren Groff (Matrix), Lisa Taddeo (Animal), Jean Hanff Korelitz (The Plot), Yaa Gyasi (Transcendent Kingdom), Rebecca Hall, and Hugo Martinez (Wake) all discussing their work.

In addition, Charleston Literary Festival has partnered with Breeze Airways for a giveaway where one winner from each of the 11 cities where Breeze operates will win two roundtrip tickets, along with three complimentary Literary Festival tickets to sessions of the winners’ choice. Eligible cities include New Orleans, Huntsville, Louisville, Columbus, Akron/Canton, Tampa, Norfolk, Richmond, Providence, Pittsburgh, and Hartford. To enter to win, click on this link and fill out the form.

The complete speaker list, schedule, and ticket sales information are available at http://www.charlestonliteraryfestival.com.