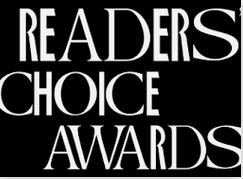 For the first time in ten years, Charleston was NOT named the best small city in the U.S. by Condé Nast Traveler magazine. However, the Holy City didn’t fall far as it placed second (behind Aspen, Colorado) in the periodical’s 34th Annual Readers’ Choice Awards. Nearby Greenville, SC checked in at No. 5 on this year’s Best Small Cities list.


The Best Small Cities list broke down as follows:

Chicago was once again voted as the country’s Best Big City.

In addition to Charleston’s No. 2 Small City in the U.S. ranking, Kiawah Island placed second on the Top Islands in the U.S. list, while nearby Hilton Head once again took home the top honors.

In September, Charleston was named No. 1 City in the U.S. by Travel+Leisure readers. The award marked Charleston’s ninth consecutive year atop that list.