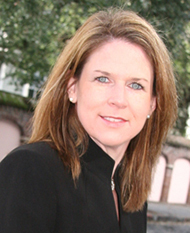 Building on her Transparency Initiative of 2019, Solicitor Scarlett A. Wilson this week announced the first in a series of reports outlining the impact of prosecutorial decisions as revealed by extensive data collection and analysis.

The report, “Disparity and Prosecution in Charleston, SC,” is the first of its kind in South Carolina and will be the first in a series of reports. Over 24,000 criminal charges from 2015-2020 were analyzed to determine if racial disparities resulted from prosecutorial decision-making.

The report finds large racial disproportionality in the cases that come to the Solicitor’s Office through arrests by law enforcement. For example, though Black individuals make up only 12% of Charleston’s population, they made up 53% of the people who were arrested in 2019 and entered the highest trial court in the criminal legal system. Where there are large racial disproportionalities in the raw number of people arrested, it follows that those numbers flow through the prosecution. This analysis demonstrates that even when people are treated “equally” by prosecutors, there can be significant inequitable impact in the community.

In addition to exploring case outcomes, the report also analyzed the process of a case progressing  through the system. The report found that in most situations, the Ninth Circuit Solicitor’s Office treats people with similar charges and similar criminal history in a similar way, irrespective of race. Data analysis revealed, however, disparities in the time it takes prosecutors to dismiss charges for Black men versus white men. It took an average of over 6 weeks longer for Black males to have a case dismissed compared to white males.

“I am relieved to see that the researchers discovered we are treating  similarly situated people, similarly,” Solicitor Wilson said. “Fairness to each and every person is our priority. I recognize,  however, when we can improve efficiency in our corner of the criminal justice system, it helps all  involved, but especially African Americans. Moving forward, the data will help us prioritize prosecutions and hopefully help guide law enforcement as to which types of cases are effective and which are not.”

In early 2015, Solicitor Wilson began improving data collection at the Ninth Circuit Solicitor’s Office in order to better identify and understand any racial disparities in her office. Solicitor Wilson committed herself to correcting root causes of any disparities in her jurisdiction and ensuring that her prosecutors make fair and consistent decisions. Solicitor Wilson teamed with researchers from Justice Innovation Lab (JIL) and Prosecutorial Performance Indicators (PPI) researchers from Loyola University at Chicago to study data from her office.

“This report not only identifies the source of system-wide inequities, it provides a path forward to  building a more fair justice system,” said Jared Fishman, the founding Executive Director of Justice Innovation Lab. “Prosecutors have an essential role to play in mitigating existing inequities  and building a more equitable future. Justice Innovation Lab looks forward to our continued work  in Charleston.”

“Prosecution in the U.S. is at a watershed  moment,” Don Stemen, Associate Professor and Chairperson for the Department of Criminal Justice and Criminology at Loyola University at Chicago said. “Prosecutors have a wealth of data available to them to examine outcomes in their offices and reports like this are a first step to understanding how data can be used to address potential disparities in the justice system. The Ninth Circuit Solicitor’s Office is far ahead of many offices in not only looking closely at their decisions, but in publishing the results for the public to see.”

Central to this analysis is a recognition of the discretionary power that prosecutors wield in shaping the outcomes of criminal cases, including the decision to prosecute or dismiss charges, adjust the severity and number of charges filed, and dispose of criminal cases through dismissal, plea negotiations, or trial.

Over the next twelve months, JIL and PPI will work with the Ninth Circuit Solicitor’s Office to issue additional reports exploring the likely drivers of any racial disparity and build a new prosecutorial screening unit to address racial disparities in time to disposition of cases and to more quickly identify cases appropriate for dismissal. Additionally, Justice Innovation Lab is leading trainings for prosecutors to help the office foster an innovative culture capable of sustaining data driven reforms over the long term.