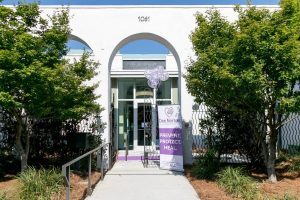 Press Release
Dee Norton Child Advocacy Center, the region’s leading resource to prevent abuse, protect children, and heal families, is pleased to announce five new members to its board of directors. These new board members will each serve a three-year term. Joining the Board of Directors are Jessica Aaron, Julie Daniels, Jimmie Gianoukos, Stephanie Monroe Tillerson and Dr. Michael DeArellano.
Jessica Aaron, MSW, is a graduate of Columbia University, where she received a Master’s in Social Work. Jessica moved to Charleston in March 2020 from New York City after working as a special assistant for the NYC Administration for Children’s Services while actively advocating for children in the foster care system. She served as Board President and Board Chair at the Citizens’ Committee for Children, and as Board President of the Court Appointed Special Advocates – NYC.
Julie Daniels is a graduate of Converse College in Spartanburg, South Carolina and works in the hospitality industry for HelmsBriscoe. Julie joined the board originally as the Junior League of Charleston representative and now has transitioned to a regular board seat. She was President of the Junior League in 2014-15. Julie was also a recipient of the Charleston Regional Business Journal’s “40 Under 40” award.
Jimmie Gianoukos graduated from the University of South Carolina, where he earned a degree in Political Sciences. Jimmie joins the board of directors after serving as President for the past 35 years with ATS Logistics, Inc., the company co-founded by Jimmie and his brothers, Andy and Tony.  Previously, Jimmie has served as the Chairman of the South Carolina World Trade Center, a board of director for the Charleston Regional Development Alliance, the Charleston Women in International Trade and presently serves as a board of director for the Maritime Association of Charleston.
Stephanie Monroe Tillerson, AICP, is currently the Town Administrator for the Town of Kiawah Island, where her responsibilities include but are not limited to running the Town’s day-to-day operations. Before joining the Town of Kiawah Island, she was the City Manager for the City of Woodruff, the Planning Director for the City of Spartanburg, Director of Upstate Forever Spartanburg Office, and Planning Director for Laurens County and the City of Clinton. She is a graduate of the Leadership Charleston class of 2017. She served on numerous Boards and Committees. She served as a Director at Large for the Junior League of Charleston from 2018 – 2020. She currently serves on the Barrier Island Free Medical Clinic and the Dee Norton Child Advocacy Center. Stephanie holds a Bachelor’s in Public Affairs Management and a Master’s in Urban and Regional Planning, both from Michigan State University. She also has a Master’s in Public Administration from the University of South Carolina.
Dr. Michael de Arellano is a clinical psychologist and professor at the National Crime Victims Research and Treatment Center in the Department of Psychiatry at MUSC and serves as the Senior Associate Dean for Diversity in the College of Medicine. He joins the board with over 25 years of experience in evidence-based mental health services for trauma-exposed youth and families from traditionally underserved backgrounds.
To learn more about Dee Norton Child Advocacy Center, visit www.deenortoncenter.org.

Follow us
Related Topics:Dee Norton Child Advocacy Center
Up Next