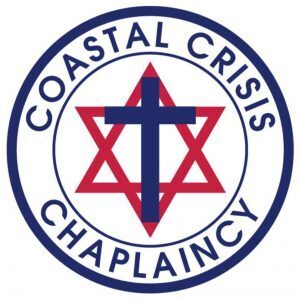 Over the past year, the grassroots Summerville Dignity Project, has met with the Summerville Police Department to engage in deep conversations and develop dedicated collaborations towards developing deeper community-police relationships.

Starting in August 2020, the Dignity Project, facilitated by the Coastal Crisis Chaplaincy and comprised of a diverse group of community members and police officers, began working through community and team member input, to discuss the differences and similarities of perspectives that arise from police and community encounters.  Through a process of values based listening, the team took a deep dive into issues, such as implicit bias, de-escalation, conflicting perceptions, and the mutual need for dignity at the core of community-police interactions.  Over several months, members shaped the conversations into four key collaboratives to offer solutions toward positive police interaction for Summerville residents and police.  The four collaboratives are: building relationships, developing empathy, mutual-education, and engaging community.

At Summerville Town Council, the team members will be introducing a video they developed for community members to acknowledge the similarities and differences of perspectives experienced on a traffic stop and to provide three simple steps individuals and police can use to encourage a positive police interaction.  The team developed 3C’s for PPI: Be CALM, COOPERATE, COMMUNICATE for Positive Police Interactions

“As the team participated in much discussion about police use of force and de-escalation techniques, they recognized that community members also need their own de-escalation techniques that will empower them to have positive police interactions.  We learned by looking each other in the eye and listening, that dignity is mutual.”  – Chaplain Rich Robinson, Executive Director, Coastal Crisis Chaplaincy

“As a member of the Summerville Community, it is a pleasure to be working with the Dignity Project Team. Our work revolves around solidifying a foundation to expand dignity through mutual respect. We understand that where there is a foundation of mutual respect there is a higher probability of understanding and unity. My husband and I are particularly impressed by the level of collaborative transparency and the willingness of this impressive community team to share hard experiences. We then look at ways in which past experiences influence our thoughts and behaviors. The results of our collaborative discussions enable us to encourage an understanding of positive interaction, and subsequently develop community resources relevant to our town.” – Dr. Hester Young, Dignity Project Team Member
–