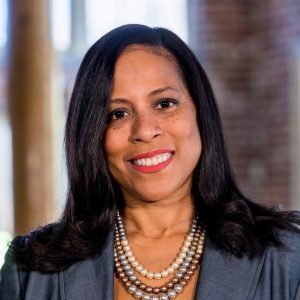 On behalf of the 253 small cities and towns across South Carolina that have yet to receive their American Rescue Plan (“ARP”) funding, Sen. Mia McLeod has demanded the SC Department of Administration immediately request the approximate $435 million available to smaller cities and towns through the ARP.

Since the state is merely a distributor of ARP funds and has no authority to determine how it is allocated or spent by local municipalities, Sen. McLeod has insisted that Gov. McMaster’s Administration move expeditiously to request the critical ARP funding that has been allocated to smaller SC cities and towns to assist them in their recovery.

Sen. McLeod had the following to say about the impact on the state and local municipalities if the McMaster Administration continues to stall by “slow-walking” the ARP funding request for 253 small SC cities and towns:

“The longer South Carolina waits to request the $435 million in ARP funding available to our smaller cities and towns, the more our state loses in interest earnings, contractual opportunities,  infrastructure investments, and other economic boosts that will help jumpstart our local  governments’ ability to fully recover. Smaller communities across SC need that funding now to  begin their recovery from losses and devastation sustained during the height of the pandemic, which have been compounded by years of neglect. Our local governments know how to spend these funds to best serve their residents, without political delays and interference from state government leaders here in Columbia.”

Smaller SC cities and towns can use their ARP funding to help fund water, sewer, and broadband infrastructure improvements, improve or enhance the state’s COVID-19  response regarding vaccinations and preparation for the Delta Variant, fund or supplement salaries for teachers and other essential employees, provide emergency and contractual services, create and fund new jobs, assist small businesses, and fund other aspects of our state and local governments’ economic recovery efforts.

Sen. McLeod will continue to work closely with the Municipal Association of South Carolina and local elected officials to ensure that smaller SC cities and towns receive their vital ARP funding as soon as possible.

A Guide to Choosing the Best Condo Movers Toronto