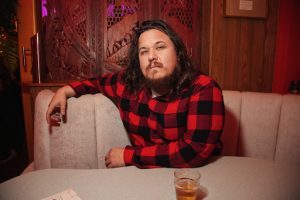 The Sparrow in Park Circle will host a comedy show headlined by Shane Torres on Thursday, July 22nd. The comedian will be joined by Gary Lawand and Charleston’s own Hagan Ragland.

Torres has appeared on television songs like Conan, Comedy Bang Bang, Last Comic Standing, Comedy Knockout, and more. He has been heard on popular podcasts such as Savage Love, All Fantasy Everything, Comedy Bang Bang, Doug Loves Movies, and Bertcast. In March of 2019 his Comedy Central web series Shane Torres Conquers Fear was released.

Torres has performed on festivals all over the globe including Montreal’s Just For Laughs, Comedy Central’s Clusterfest, San Francisco Sketchfest, Bonnaroo, New York Comedy Festival, Laughfest, and many more.

Tickets can be found at lowcountrylowlifes.com.