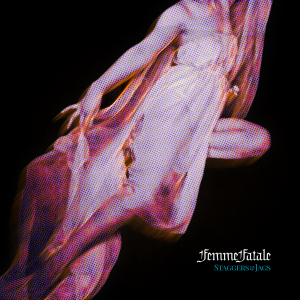 Staggers and Jags, the local Americana duo consisting of guitarist/vocalist G. Stevens and fiddle player James Anderson, released a new single, “Femme Fatale.” The song, which is is currently streaming on Spotify, Apple Music, Bandcamp, and more, will appear on their upcoming debut album, which is expected to be released this fall.
According to Stevens, the song is a fictional tale of smalltown dalliances and the ensuing downfall of a man who gives in to temptation.
“The song is really about the nature of temptation,” said Stevens.
In addition to the duo, the song features Fuller Condon on upright bass and Becca Bessinger on harmonies. It was recorded in early 2020 by Jay Miley at Charleston Recording Studios. It was mixed by Stevens and Anderson, and mastered by Phil Spencer in Austin, TX. The cover art was created by G Sharp Design, LLC. 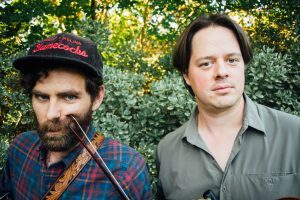