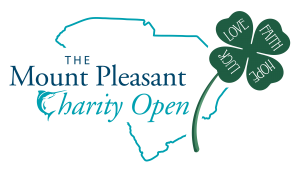 Registration is now open for the 9th Annual Mount Pleasant Charity Open at Patriots Point Links on Charleston Harbor. This year’s event will be held from August 6th to 8th and will benefit Bobby Jones Chiari & Syringomyelia Foundation.

Each year, Patriots Point selects a tournament beneficiary, and this is the second year that proceeds will go toward the Bobby Jones Chiari & Syringomyelia Foundation. Last year, the event broke its fundraising record with more than $6,500 raised. Since the tournament’s inception, more than $44,000 has been raised for different charities. Other beneficiaries have included the American Cancer Society and Bert’s Big Adventure.

The annual tournament is open to the public, and all skill levels are welcome. The cost to participate is $225 per player for the competition, with cart, greens fees, food and beverages included. Participants can register for the 54-hole stroke play tournament by calling 843-881-0042 or emailing General Manager Brad Parker (bparker@patriotspointlinks.com). In addition to the funds raised to assist with the foundation’s efforts, the tournament has offered more than $7,500 in prizes to players. The event is open to spectators with food and beverages available for purchase on-site.

“We at Patriots Point are strongly committed to giving back, whether that’s through our annual Mount Pleasant Charity Open or donating to local nonprofit fundraisers,” said Brad Parker, PGA, general manager of Patriots Point Links. “We greatly support the Bobby Jones Chiari & Syringomyelia Foundation and look forward to paying homage to the legendary Bobby Jones and increasing awareness and advancing knowledge about Chiari, syringomyelia and related disorders.”

The Sistine Chapel is Coming To Charleston