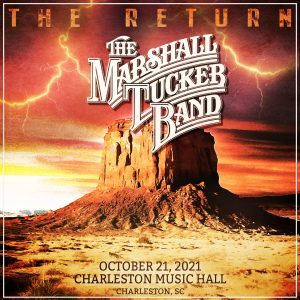 The Charleston Music Hall announced that The Marshall Tucker Band will return to the venue on Thursday, October 21st. Doors open at 7 pm and the show starts at 8 pm.

The Marshall Tucker Band came together as a six-piece outfit in Spartanburg, South Carolina back in 1972 and gave themselves the name of a blind piano tuner after they found it inscribed on a key to their original rehearsal space. The band’s catalog has since grown to include more than 20 studio albums and a score of live releases. They have also racked up multi-platinum album sales many times over.

For more information about their local show, click here.
–

Follow us
Related Topics:charleston music hallMarshall Tucker Band
Up Next

Blippi the Musical Coming to the North Charleston PAC in September