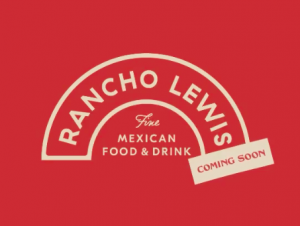 The Lewis Barbecue team recently announced a new name for its upcoming Mexican concept which will open in the former Workshop space at 1503 King Street. The new restaurant and bar, Rancho Lewis, is expected to open this winter.

Previously, the Lewis Barbecue team operated Juan Luis in one of the Workshop stalls. After leaving the space on King Street, Juan Luis re-opened as a food trailer on the Lewis Barbecue property at 464 North Nassau Street. The trailer will close on August 1st and after a brief space refresh, they’ll reopen as “JL’s,” serving green chile cheeseburgers, green chile cheese dogs, frozen custard sundaes, and margaritas.

“An ode to John’s hometown of El Paso, TX, Rancho Lewis reflects the spirit of West Texas, a place rich in multicultural traditions. We’ll build upon the menu we created for the Juan Luis trailer, featuring classic border favorites such as enchiladas and mesquite grilled fajitas alongside fresh salads and soups and tacos, along with a huge drinks list filled with tequila, beer, wine, and more.”