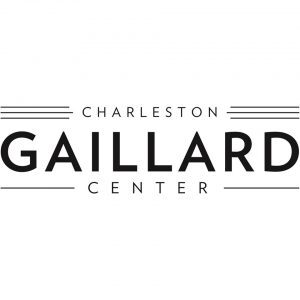 The Charleston Gaillard Center is honored to announce the appointments of Helen Hill as Chairman and Edward Legasey as Vice Chairman of the Gaillard Center’s Board of Directors. As Chief Executive Officer of Explore Charleston, Ms. Hill brings her considerable expertise on the incredible Lowcountry community. She is also a Founding Board Member for the world-class venue and previously served as the Vice Chairman. Mr. Legasey has served on the nonprofit’s board since 2018 and led the search committee for the new Chief Executive Officer. Passionate about education and nonprofit organizations, Mr. Legasey has extensive experience with cultural organizations. Additionally, the Honorable Keith Waring will continue as an Officer of the Board in his role as Secretary. Under their adept leadership, the Gaillard Center will continue to enrich lives through unforgettable experiences.

The Charleston Gaillard Center would also like to sincerely thank Charles Way, Jr. for his service to the organization as a Founding Board Member as he steps down as Chairman.

Helen Hill expressed, “It is an honor and a privilege to serve the Gaillard in this capacity. The Gaillard Center is one of our region’s treasured assets and a major contributor to Charleston’s growing reputation as a City of the Arts. My sincere appreciation to our outgoing Chair and my dear friend and colleague, Charlie Way. Under his strategic leadership, the Center strengthened its operating position and set a course toward elevating its cultural impact. I’m delighted to begin my tenure alongside Lissa Frenkel, our talented new CEO who starts next month. I look forward to working with Lissa, the Board, the Gaillard Performance Hall Foundation Hall and the dedicated Gaillard staff as we build on past successes and fulfill our commitment to the performing arts and our community. ”

Edward Legasey noted, “I am honored to be part of the Gaillard’s new leadership team, and I look forward to working with our new CEO and the entire Gaillard team as we work toward the next level of excellence in all we do at the Gaillard.”

Incoming Gaillard Center President and CEO Lissa Frenkel said, “I am privileged to be joining the Gaillard Center with such a strong and accomplished group of leaders on the Board. I am looking forward to working closely with Helen, Ted and Keith to provide world-class cultural experiences, both local and international, to the Charleston community at the Gaillard Center.”

Helen Turner Hill is the Chief Executive Officer of Explore Charleston. The nonprofit organization represents 850 member businesses and ten municipal governments in the tri-county region with the mission to create overnight visitation and support responsible development through travel and tourism strategies. Growing up in Charleston provided Ms. Hill with unique insights she has put to use throughout her 30 + years of serving the community and promoting the region as a destination. Explore Charleston is celebrated for its innovative and authentic marketing programs that have assisted the Charleston area in becoming one of the most acclaimed destinations in the country.

Ms. Hill’s efforts in air service development over the last decade were instrumental in expanding Charleston International Airport’s route map, including the recruitment of Southwest, Jet Blue, Alaska, Allegiant, Frontier and British Airways. She was appointed to the Charleston County Aviation Authority (CCAA) board in 2014. In 2019, she was elected as the board’s first female Chair.

In addition to her work with CCAA, Ms. Hill serves on numerous regional and national boards, including US Travel Association, Southeastern Wildlife Exposition, the Gaillard Management Corporation, and multiple statewide tourism organizations. She is a faithful alumna of Ashley Hall and Clemson University.

Ted is a graduate (Highest Honors) of the US Air Force Academy (BS Math) and holds an MS in Operations Research from the University of Pennsylvania.  He spent nine years on active duty as an Air Force officer, and then went on to an entrepreneurial career in the information technology and systems integration business where he was a founder and, for the next 26 years, served as the operational leader of SRA International, Inc.  Ted was a member of the highly successful IPO team that took SRA public in 2002, and then led the secondary offering team a year later.  SRA was listed by Fortune Magazine as one of the “100 Best Places to Work for in America” for ten straight years.

Ted has broad and deep experience with various industry associations, business roundtables, and boards. In “retirement,” he actively serves a variety of non-profit organizations involved in education and the arts, with a primary focus on strengthening the public education system.  He strongly believes every child has the right to a high-quality education and recently completed the Diversity Leaders Initiative and became a Fellow at the Riley Institute, Furman University.  He served for six years on the board of directors of the Association of Graduates of the US Air Force Academy, including four years as board chair.  He was board chair of Malden Catholic High School in Massachusetts for nine years and is a Past President and Lifetime Board Member of the Charleston Symphony Orchestra.  He recently completed five years as board chair of the Charleston Promise Neighborhood and six years on the board of the Tri-County Cradle-to-Career Collaborative.  He has also served on the boards of Compusearch Inc., Trident United Way, the Charleston Breast Center, the College of Charleston Foundation, and the South Carolina Aquarium.

Ted is currently a member of the boards of the Air Force Academy Foundation and the Charleston Gaillard Center.  He received Charleston’s Outstanding Individual Philanthropist Award in 2010, was named Community Builder of the Year for 2015, and was selected as one of Charleston’s 50 Most Progressive Leaders in 2016.  Ted is the recipient of the Air Force Academy’s 2012 Distinguished Service Award and was also presented the Distinguished Graduate Award by the Academy and its alumni association in 2013.

Ted completed the 500-mile Camino de Santiago Pilgrimage in 2012 to prove that he could survive six weeks without anything on his calendar, except to walk and enjoy the company of his fellow pilgrims—though he did write a blog that he later published as a book, “The Excellent Adventure: Walking the Camino de Santiago with Charlie and Ted.”  His hobbies include genealogy, golf, cooking, and serious woodworking.  Ted and his high school sweetheart and wife of 54 years, Tricia, have lived full-time on Kiawah Island for eighteen years.

Perry Keith Waring is the City of Charleston, City Councilmember for District 7, a native Charlestonian, and the son of the late Mr. Louis L. Waring, Jr. and Mrs. Seloris Collins Waring.  He grew up West of the Ashley in the St. Andrews Parish area known also as District Seven. He graduated from Middleton High School and received a BS degree in Banking and Finance from the University of South Carolina.

Keith’s parents instilled in him and his siblings by example that you must give back to your community.  As such, Keith applies his business acumen to the needs of the  Charleston community by serving on different boards.

He is a member of St. Patrick Catholic Church and a life member of Kappa Alpha Psi Fraternity, Inc.  Keith has been married for 40 wonderful years to the former Donna Lango.  They have 3 adult children and several grandchildren.

Keith tries to live his life by this motto: “Always give honor to God, have an abiding love for family and have enormous respect for the community.”

Lissa Frenkel will begin serving as President and CEO of the Charleston Gaillard Center on July 12, 2021. Most recently, Frenkel served as managing director of the Park Avenue Armory, a premier cultural institution producing and commissioning unconventional works in the performing and visual arts in Manhattan. During her tenure with the Armory, she was instrumental in building its operating budget from $6 million to $27 million and in leading the $165 million in capital redevelopment projects that invested in the adaptive reuse and restoration of the building.

Originally from Boston, Frenkel earned her undergraduate degree in art history from Emory University and her master’s degree in urban planning from the Graduate School of Design at Harvard University.