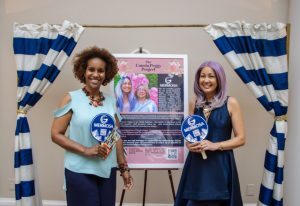 Mermosa founder Desiree Noisette made the announcement at a wine tasting event at the Gaillard Center last week. In addition to the donation, the company has committed to match museum memberships up to $13,000. The amount, Noisette says, is a tribute to the 13th Amendment, which outlawed slavery and involuntary servitude except in the case of punishment for committing a crime.

The company was launched in Florida four years ago, becoming the first Black female-owned wine owner in the state. It also shares a special connection with Charleston.

Noisette’s (pronounced Nah-sette) ancestor, Celestine Noisette, was a Black Haitian woman who lived in Charleston with her husband, Phillipe Noisette, and their children. Phillippe, a white Frenchman and gardener, was forced to claim his family members as slaves in order to live together in antebellum South Carolina. Desiree says she wasn’t aware of her family history until a relative who had thoroughly researched her ancestry hosted a family reunion in North Charleston. It was attended by more than 150 people, including relatives from around the Lowcountry and from France.

“One of the things we’re really proud of at the International African American Museum is the Center For Family History,” said Matthews. “We are striving to become the expert helpers. To help get their families to that point. So their family reunions become much bigger.”

Noisette’s legacy in Charleston includes the Noisette Rose, which Phillippe created in Charleston and now grows here as well as across the country in more than 300 varieties. His wife Celestine’s legacy is what inspired Mermosa.

“She had audacity. She had a voice at a time when women, let alone black women, were not allowed to have a voice,” Noisette said.

Mermosa currently offers three types of wines: a rosé, a white, and a sparkling white. They are distributed by Republic National Distributing Company and are now available at local Total Wine stores in addition to Smoke N Folly on Folly Road.

Charter memberships to the International African American Museum begin at $25 and are available for purchase online. 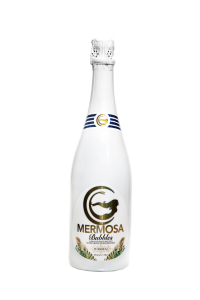