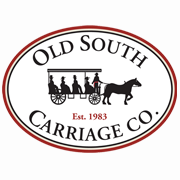 The horse has been evaluated by the veterinarian and was not injured. As a precautionary measure, the driver was transported to the hospital. The driver has since been released with no injuries. Fortunately, there were no serious passenger injuries.

We are continuing to monitor the situation and the status of all parties involved.”

Follow us
Related Topics:Old South Carriage Company
Up Next

Local Company Helping Recovery of the Hospitality and Tourism Industry