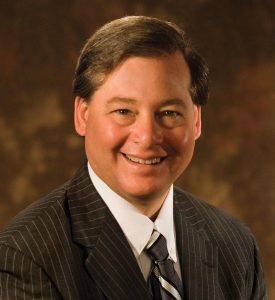 Governor Henry McMaster today announced that he has nominated longtime South Carolina business executive Harry M. Lightsey III to serve as the next secretary of the South Carolina Department of Commerce.  Lightsey, a former top executive with Bellsouth, AT&T and General Motors – will succeed Bobby Hitt, who is retiring in the fall.

“Harry Lightsey has been a fixture in South Carolina’s business community for decades, and I’m confident that with the vast experience he will be bringing to the Department of Commerce, South Carolina will keep winning,” said Gov. Henry McMaster. “Our state will have the workforce, infrastructure, intellectual capital, environmental assets and the quality of life necessary to compete – both nationally and globally – for jobs and investment.”

A fixture in South Carolina’s business community for decades, Lightsey served in top executive leadership roles for major corporations in South Carolina and across the nation.  Notably, he served as the President of BellSouth Telecommunications for South Carolina prior to their merger with AT&T, afterward becoming President for AT&T’s Southeast region.

Following his 26 years in the telecommunications industry, Lightsey joined the General Motors Corporation where he directed the legacy automaker’s federal government affairs operation, as well as their emerging technologies, OnStar and infotainment divisions. Lightsey currently serves as a principal with Hawksbill Advisors – a subsidiary of Hawksbill Group.  He has also served as a member of the Board of Directors of the Federal Reserve Bank in Richmond, Virginia.

“It would be my distinct honor and privilege to have the opportunity to serve as South Carolina’s Secretary of Commerce,” said Harry Lightsey. “In addition to bringing new businesses into our state, I believe we have a role to play in helping our established businesses thrive and transform when necessary.  As the governor has said, South Carolina needs an educated, trained, and skilled workforce so that we can compete nationally and globally for jobs and capital investment. Our workers will need to develop new skills to adjust to ever changing technological advances. I am excited about the opportunities to usher in a new era that enhances the quality of life for all South Carolinians.”

Fluent in Japanese, Mr. Lightsey is a 1978 graduate of Princeton University, and a 1981 graduate of the University of South Carolina School of Law. Lightsey, a native of Columbia, S.C., is 65 years old and is married with 2 adult children.

The governor’s nomination comes following Secretary Hitt’s decision to retire after over 10 years of service to the state of South Carolina. Originally appointed by former Governor Nikki Haley in her first year as governor, Hitt’s years at the helm of the S.C. Department of Commerce have been marked by tremendous success in recruiting businesses from around the world to invest in the state.

“What team South Carolina has done over the last 10 plus years – creating economic opportunities and improving lives within our borders – is quite simply remarkable,” said Secretary Hitt. “I couldn’t be prouder of our accomplishments and also couldn’t feel more confident in the direction moving forward. Harry Lightsey’s extensive background aligns with Commerce’s mission and will provide meaningful context for engagement in the state’s business community.”

“Secretary Hitt’s leadership at the Department of Commerce has helped usher in an era of unprecedented economic growth in our state,” said Gov. Henry McMaster. “He has helped solidify Team South Carolina’s global brand for automotive, aerospace, and tire manufacturing and their international export. While we are sorry to see his time at the agency come to an end, we are immeasurably grateful for his service and for the bright future we know our state will realize, in no small part, because of his leadership.”

Additionally, manufacturing employment grew from 16.7% from 209,491 in January 2011 to 244,476 in December 2020. Additionally, South Carolina remains the largest exporter of passenger vehicles, tires, and ball bearings.

Secretary Hitt will continue to serve in his current capacity until such a time that the South Carolina Senate confirms the governor’s nomination of Mr. Lightsey.