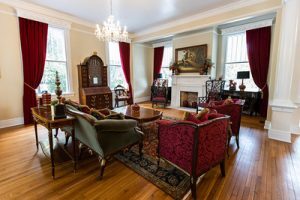 The City of North Charleston and Charleston Naval Complex Redevelopment Authority invites the public to the unveiling of the fully renovated Admiral’s House on the former Navy Base in North Charleston with a ribbon cutting ceremony on Thursday, June 24th at 5 pm.

The 7,391-square foot, Neo-Classical style estate was constructed for the Commandant of the Charleston Navy Yard in 1905 atop one of the highest hills in the area, officially designated Quarters A. Over the next ninety years, the residence was home to the highest-ranking Officer at the Charleston Naval Base.  A $4.3 million renovation, funded by the Redevelopment Authority, has returned the Admiral’s House to its former grandeur.

The Admiral’s House is now available for weddings and events with the additional offering of overnight stays. 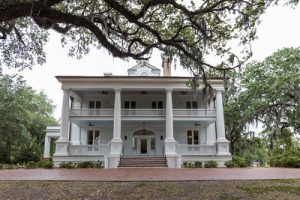 On Saturday, June 26th, 10 am to 2 pm, the public is invited to tour the historical homes in the Officers’ Housing District of the former Navy Base, including the Admiral’s House, Eternal Father of the Sea Chapel, and Gatekeeper’s Inn at Quarters F.  Representatives will offer a guided experience of each structures’ vibrant history and answer questions regarding rentals for weddings, receptions, and corporate events.

“North Charleston may be a young city, but our history is long and fascinating,” North Charleston Mayor Keith Summey said. “We have always envisioned the Officers’ Housing District as public space to accompany North Charleston’s premier and picturesque Riverfront Park, and with the opening of the Admiral’s House, our aspirations move one step further. I invite the entire community to join us and experience the history that was locked behind base-gates for nearly 100 years.”