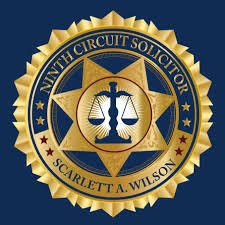 Ninth Judicial Circuit Solicitor Scarlett A. Wilson on Tuesday announced that the State would not pursue charges against the Charleston Police Department (CPD) officer involved in the March 15th, 2021 Critical Incident that severely injured George Sanner.

In conjunction with the South Carolina Law Enforcement Agency (SLED), acting as the independent investigative agency, the Solicitor’s Office reviewed witness statements and video from law enforcement before making its decision.

“We reviewed the evidence presented to me by SLED and it is clear they were under fire from Mr. Sanner who remained armed and dangerous,” Solicitor Wilson said.

According to the Solicitor’s Office, the incident began when neighbors of Sanner called 911 to report his “erratic and disturbing behavior.” They reported he was outside their apartment carrying a rifle, continually knocked on their door, attempted to turn the door handle, and asked them to come out to talk to him.

As officers arrived at the scene, they said they heard a gunshot come from his apartment. Additional units responded and established a perimeter around the apartment building. Approximately an hour after the first gunshot, an officer stationed in the woods saw him walk out onto his apartment’s balcony with his rifle, then raised the rifle, and fired a shot toward the officer’s location. The officer returned fire and struck Sanner, causing him to drop the rifle and fall to floor off his  balcony. CPD officers were able to enter the apartment and take Sanner into custody without further incident.