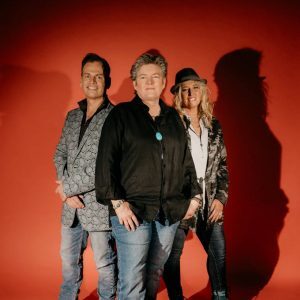 Local band Rene Russell and The Bottom End on Friday released their new music video for “Earth Too.” It was filmed at The Sandpiper Gallery on Sullivans Island and features artwork from Laura Palermo (Paintings By Palermo).

Russell and Palermo share a common interest in wildlife conservation and the artwork featured in the video depicts local wildlife around Charleston. Palermo donates 10% of her profits to various groups like the South Carolina Aquarium, Bird Life International, and The National Aviary.

“Earth Too” is a single on the band’s debut album, Dream The World Anew. The group talked about the record on an episode of Holy City Sinner Radio.

You can watch the new video below:

Taylor Hicks Pivots Due To Heavy Rain At Firefly Concert