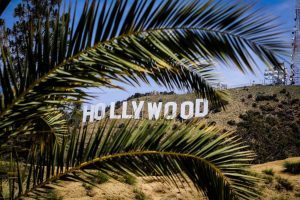 Online gaming has been growing in popularity. Driven by technological advancements, the market has grown considerably, and is expected to be worth over US90 billion as soon as 2023. Slots are a staple of the casino experience and have managed the transition from land-based to online exceedingly well, remaining engaging and exciting.

The UK has been at the forefront of legalized online gambling in Europe, and in the Americas, Canada has always been more liberal that its neighbours. There are numerous places to play slots online in Canada.

Why are slots so popular?

Slots in the US account for around 70% of casino revenue, and the recent advancements in technology allow developers to create increasingly immersive experiences for gamers who are able to experience the thrill of the casino from the comfort of their own homes.

Anyone can play unlike other casino games, like poker, which require skill, a true beginner can play without fear of getting it wrong. Their simplicity is part of their appeal.

Many gamble to have fun and unwind, and there is nothing relaxing about a complicated game where they do not understand the rules. Slots are fun and shiny, with fun noises and a soundtrack designed to trigger an endorphin release.

As slots become more popular, operators invest more, making slots higher quality, and thus making them more popular. The market for slots games is so huge that operators are constantly competing with each other for customers, meaning that the quality of slot games is exceptionally high. Many operators are starting to use Virtual Reality and Augmented Reality to offer a truly immersive experience. 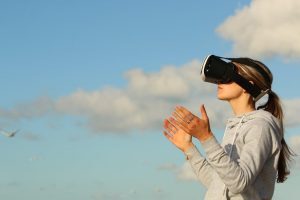 Online slots providers are trying to remain competitive by incorporating new technologies into their slot games.

Though the chances of winning big are slim, as generally bets on slot machines are small, the jackpot can be a life-changing amount.

Slots are one of the few casino games that have really embraced different themes and used this as a way to attract and engage their players. By linking to popular culture, the industry has been able to target a whole new demographic of player. Often players will try a slot game simply because it is themed on their favourite TV show or film.

Transporting players back to Isla Nublar, this game by Microgaming sees players trying to survive a world over-run with dinosaurs whilst searching for hidden treasure. Jam-packed with action and suspense, the three rows and five reels offer up almost 250 ways to win.

Based on the seminal 1931 film, this slot game is dark and scary, with a fantastic soundtrack that builds tension every step of the way. Players can be shocked when periodically Dracula himself turns into a swarm of bats that scatter across the screen and form winning combos. To add to the excitement (and the potential winnings) this instalment from NetEnt has added an additional row to make room for stacked symbols.

Based on the 2000 film set in ancient Rome, players are transported back to the thrilling arena where they join Maximus in a quest to collect five emperor icons to win 5000 coins. This 25-line game is thrilling and exciting, and those lucky enough to win enough points will be rewarded with a trip to the coliseum in the bonus round. 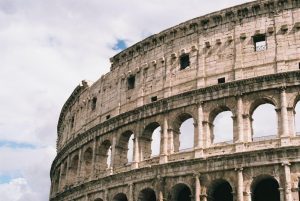 Gladiator is a popular film based in Rome that has inspired slot games.

Proving that there really is something for everyone, there are even slots based on popular Disney films. This offering from Yggdrasil has beautiful visuals, a classic score and a number of bonus features. Players must reach the Beast’s castle and uncover his secrets. The magic rose, central to the original story, offers players the chance of a bonus game should they be lucky enough to uncover three of them.

The Goonies is a cult classic, transgressing generational boundaries and remaining popular to this day. The game is a wonderful 5 reel, 20-line slot, with excellent gameplay and little nuggets of genius that help show why the film was and remains so popular. On a quest for a long-lost treasure, players will be pleased to know that the RTP is high and the potential for a large jackpot is not unheard of.

This is one of NetEnt’s most famous releases, and combines both popular films in the franchise, Rise of the Planet of the Apes and Dawn of the Planet of the Apes. Both slots run adjacent, meaning that the 20 pay lines are actually 40, making up for the fact that there is no progressive jackpot. Dawn offers players 15 free spins, both have bonus features, and different requirements for bonus symbols to trigger additional levels.

In this game, players get to experience the drama and suspense of Tony as he rises to power with 5 reels and 20 lines. Including clips from the original movie and an immersive soundtrack, players will also see stills from the movie which have been animated to celebrate wins, making it fun and exciting. Other characters are also present, with Elvira and Manny appearing as Stacked Wilds, giving out free spins.

How to Host the Best Weed Party for Small Groups

Tips for Making the Most of Your Retirement