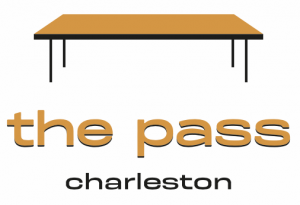 Philadelphia native Anthony Marini this week announced the opening of The Pass ~ Panino and Provisions, which he describes as “a market-style lunch concept by day turned upscale Chef’s Table by night.” The restaurant is slated to open in mid-summer 2021.

The Pass will be situated in Charleston’s Cannonborough-Elliotborough neighborhood at the corner of St Philip and Spring streets, taking over the space that was formerly known as Poke-San. The eatery will offer a selection of artisan sandwiches like the JLT – Jamon Serrano Ham, Baby Arugula, Oven-Dried Tomatoes and Spicy Morbier Mayo, open-faced on Ciabatta bread and the Quattro Cacio e Pepe – Mozzarella, Fontina, Sharp Provolone and Parmesan with Butter and Freshly Cracked Black Pepper, pressed on Sourdough bread.

The Pass will also carry a number of specialty provisions such as local cheeses, housemade condiments, natural wines, and more during daytime business hours. After the market closes, The Pass will transform to offer a seasonal 8-course menu to just one party per evening. The table is booked by reservation only.

After graduating from the Culinary Institute of America, Chef Anthony Marini returned back to his hometown to begin what would be a 20-plus-year career in the culinary industry. In 2003, Marini relocated to Birmingham, Alabama where he opened his first restaurant, AMBA, which gained strong local support. Two years later, Marini opened (local) restaurant and cocktail bar, which quickly followed suit. (local) went on to be named “Best New Restaurant” by the Birmingham Weekly and garnered attention from nationally acclaimed outlets including Bon Appetit and the New York Times among others. The next 10+ years would lead to an appearance and season win on the CNBC network show, Restaurant Startup, and the start of the AMI Group, working with several restaurants in the Southeast and Mid-Atlantic. The Pass will be Chef Anthony Marini’s first endeavor in the South Carolina Lowcountry.

“I am genuinely excited for this new venture in Charleston,” Chef Marini said. “I look forward to distinguishing ourselves as a modern-day bodega for food enthusiasts or as a space to enjoy a one-of-a-kind dining experience with friends. I hope to create the sense that both Charlestonians and visitors alike have a seat at our table.”

The market at The Pass will be open Wednesday-Sunday from 11 am -5 pm. Reservations for the Chef’s Table will be available to be booked in advance, accommodating parties of up to twelve guests. The restaurant will be located at 207A St Philip Street.