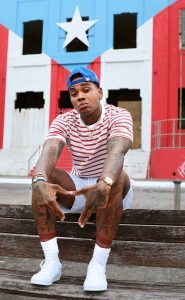 Gates’ music has racked up millions of streams and dominates new platforms like TikTok. Gates’ 2018 RIAA-certified platinum track “Me Too” (337 million streams) has been used in over 1.9 million TikTok videos, with popular influencer Charlie D’amelio’s featured TikTok receiving well over 5.9M likes. Furthermore, “Big Gangsta” continues to light up social media with its resurgence on TikTok – hitting over 452 million global streams. In addition, Gates celebrated the 5th anniversary of his multi-platinum debut album Islah this year, which has over 3.1 billion streams and counting worldwide.