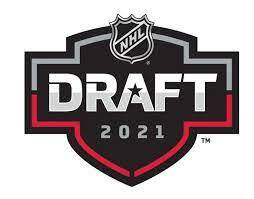 The 2021 NHL Entry Draft will be held on July 23-24, 2021 after a one-month delay from its originally scheduled time in June due to the coronavirus pandemic. The draft will be the 59th NHL Entry Draft and the second time the event will be held in a remote format. Teams will be convening via videoconferencing with Commissioner, Gary Bettman and Deputy Commissioner, Bill Daly announcing selections in the round picks from the NHL Network studios in New Jersey.

Fans of the NHL don’t have to sit and watch their favourites get picked from the Draft as they can participate in their own special way. By placing the best NHL bets, fans can celebrate their picks and also fill their pockets when the Draft takes place in July.

The 15 NHL teams that did not make the Stanley Cup Playoffs in the 2020–21 NHL season were entered into the 2021 NHL Draft Lottery. The addition of an expansion team to the National Hockey League did little to change the No.1 overall pick in the draft which might not come as a shock to many in the NHL. The rights to the No1 overall pick in the draft belong to the Buffalo Sabres who were the worst team in hockey in the 2020–21 NHL season.

The Sabres will take the No.1 overall pick in the Draft for the 2nd time in four years as they previously held the No. 1 pick in the 2018 Draft which they used on Ramus Dahlin. That didn’t seem to help the hockey team as they finished the 2020-21 season with the worst record in the NHL, claiming only 15 wins and 37 points from 55 games.

The Arizona Coyotes will be absent from the results of the Draft Lottery as they were forced to forfeit their first-round pick as a result of a penalty sanction levied against the team due to violations of the NHL Combine Testing Policy during the 2019-20 NHL season. The absence of the Arizona Coyotes saw the Philadelphia Flyer move a spot in the draft.