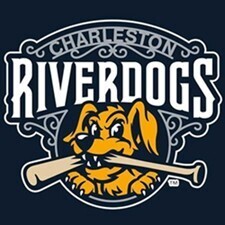 The Tampa Bay Rays transferred highly regarded shortstop Osleivis Basabe to the Charleston RiverDogs roster on Friday afternoon. There are now eight members of MLB Pipeline’s list of Top 30 Rays Prospects with the RiverDogs. In a corresponding move, shortstop Alika Williams was placed on the 7-day injured list.

Basabe, 20, was initially signed as an international free agent by the Texas Rangers in 2017.  He was one of three Rangers prospects acquired by the Rays in the Nate Lowe trade in December.  The other two prospects, Heriberto Hernandez and Alexander Ovalles, are already on the Charleston roster.

The native of Venezuela has two professional seasons under his belt, one of them stateside. In 2019, he played in 35 games for the Rangers Arizona League affiliate, batting .325 with 31 runs batted in.  Basabe legged out five triples and collected seven stolen bases.  He closed the year by playing in two games in the Northwest League with Spokane.

Basabe’s professional debut in the 2018 Dominican Summer League was impressive.  He hit. 344 with 34 RBI in 52 games and walked 23 times while striking out 25.  Basabe is the cousin of three other Minor League Baseball players; twin brothers Luis Alexander Basabe and Luis Alejandro Basabe of the Giants and Diamondbacks, respectively, as well as Olivier Basabe of the Padres.

The RiverDogs will continue a road series at Augusta’s SRP Park tonight at 7:05 p.m.  Basabe will be active and available to play.

Follow us
Related Topics:charleston riverdogsOsleivis BasabeTampa Bay Rays
Up Next