It’ll come as no surprise to hear that many of the most exclusive restaurants and eateries in the United States are based in either New York or Las Vegas. This pair of cities have a magnetism rarely seen in mainland destinations, even if it is just something that appeals to the tourists. After all, it’s a fair bet that the locals and their temporary neighbors have entirely different attitudes when it comes to local entertainment.

Charleston has its own array of fine dining establishments, though, which includes FIG on Meeting Street, known for its chicken liver pate, and the seafood-serving Magnolias. From candied bacon, grits, and Hush Puppies, to local favorites like She Crab Soup and Frogmore Stew, the city has a smorgasbord of different tastes and styles tucked away beside and between its cobblestone streets. 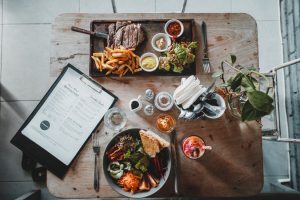 Condé Nast Traveller lists Charleston’s Peninsula Grill as arguably the finest restaurant in the city, due in part to its permanence in the local food scene (it is two decades old) and its rotating menu, which produces new dishes all the time. It can be expensive fare, depending on your tastes, but, if you avoid the $190 Ossetra Caviar, there’s still plenty to be found for under $50 – especially on the bar and steak menu.

Compare that to, say, the $335 per person at Eleven Madison Park, New York. Across the country, Las Vegas at least keeps the prices down once you get off the Strip but it’s fair to say that neither of these places can compete with Charleston in a number of ways – and aren’t trying to. New York is the noisy, bustling counterpart to our palm-lined streets, with enough varied eateries to make a food cart seem like a quiet luxury.

Las Vegas, on the other hand, was built for the tourists and has an entirely different ambiance to our other two destinations. The city continues to serve as the inspiration for many online casinos, even those far removed from the Nevada Desert. The website Bonusfinder Canada, for example, includes a listing for LeoVegas. It’s one of the more obvious nods to Sin City but it nevertheless demonstrates’ Vegas’ global appeal. 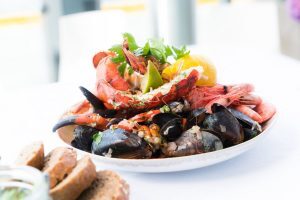 Fine dining in Las Vegas is often inspired by French cuisine. Joël Robuchon at the MGM Grand may be staggeringly expensive, at more than $1,000 for a two-person tasting menu, but, as far as once-in-a-lifetime experiences go, it’s well worth a brief indulgence in the excess. Most visitors will probably find themselves in the Top of the World, though, which is 106 floors above the Strip in the Stratosphere Tower.

But Charleston is home for many of us and it’s a place many people find their way back to after even the briefest of visits. There’s much to be said for meze at Stella’s or braised grouper cheeks at the Chubby Fish, even with the temptations of Las Vegas and New York never more than a plane ride away.

5 Common Causes of Motorcycle Accidents (and How to Prevent Them)

Benefits Of Hiring Movers When Moving During The Pandemic