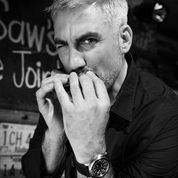 After a decade of performing live, including fronting a cover band and recording a couple of independent solo projects, Alabama native Taylor Hicks had pretty much decided if he hadn’t made it by age 30, he was going to call it quits. His life would change dramatically not long after he turned 29. Urged by his brother, Hicks decided to audition for the fifth season of American Idol.

Original judges Randy Jackson and Paula Abdul took a liking to Hicks, however the tell it like it is Simon Cowell couldn’t see Hicks advancing far in the competition. Several weeks later Cowell ate his words, and America fell in love with the salt and pepper haired, blue-eyed soul singer.

“Nobody is perfect including Simon. Interestingly the longer contestants are on the show, the closer they get to the judges. Simon and I became close. We’ve seen each other a couple of times over the years, and we get a big laugh out of his original assessment of me.” Hicks adds, “Simon plays his role to the tee. He’s painfully honest, but thankfully American Idol is less about the judges critique, and more about building a fan base. And that is what won the competition for me.”

May 24th 2021 will be 15 years since Ryan Seacrest announced ‘And the winner of the American Idol season five is Taylor Hicks’. A lot has happened to Hicks since 2006. His debut single ‘Do I Make You Proud’ debuted at the top spot on Billboards Top 100, with Hicks’ self titled album landing at the number two spot upon its release in late 2006. 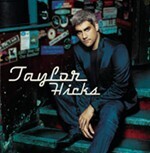 “I feel very fortunate to have been doing it now for 15 years. For me it was never about the sprint, but more about the marathon. I’m super excited about that. I’ll be even happier if I can do this for another 15 years.”

“I learned the definition of ‘you never say no’. I pretty much took every gig that came my way. I was a little apprehensive at first performing on Broadway and acting overall, but if you want to stay in the game you have to expand your horizons.”

Minor setbacks didn’t deter Hicks, who released his second album ‘The Distance” on his own label ‘Modern Whomp Records‘ with ‘What’s Right Is Right’ climbing to 24 on Hot Adult Contemporary charts. He followed that with ‘Early Works’, a compilation of music from his pre-American Idol fame.

He even found time with the help of a ghost writer (David Wild of Rolling Stone), to release his memoir “Heart Full of Soul: An Inspirational Memoir About Finding Your Voice and Finding Your Way (2007)’. Proving the naysayers wrong has been one of Hicks goals. He laughs when he recalls what an early entertainment reporter once said of his career, measuring him up to fellow American Idol winners. “Taylor Hicks may just be the cockroach in this industry who outlasts them all. I hope that writer is right.”

Besides music and performing live, food is one of Hicks’ favorite passions. In 2011 he opened ORE Drink & Dine in Birmingham, and by the fall of that year ORE was named ‘Best New Restaurant’ in Birmingham. Less than a year later ORE rebranded, partnering with Saw’s BBQ, becoming ‘Saw’s Juke Joint’ in Crestline, Alabama. The revamped eatery focuses on barbecue and live music. “The atmosphere, the music, and the great BBQ is a perfect fit for me.”

Hicks name recognition, combined with the fact he was a seasoned restaurateur no doubt led the INSP (Inspirational Channel) Network to feature him in the series ‘State Plate’. The concept was easy, with Hicks as the host, making his way across the United States on a quest to assemble plates that represent each state’s most historic, famous, and tastiest foods. The show ran three season from 2016-18. 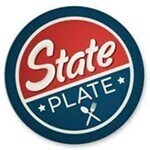 Hicks admits he feasted on a some awesome food during the shows run. “I enjoyed a lot of great food. I particularly enjoyed the southern states, because I grew up on southern food. I like to say I toured with a lot of music, and I’ve toured with a lot of food. I think everyone who grows up in the south has an expansive southern palette. I’m fond of southern cuisine, like BBQ and shrimp and grits.”

He adds, “The goal with State Plate was to visit all 50 states, and talk about the food that best represents them. We accomplished that goal, and now the shows can be found on Amazon Prime.” When State Plate made their stop in Charleston, Hicks profiled the legendary Poogan’s Porch. “It’s one of my all-time favorite restaurants.”

Aside from Poogan’s Porch, the Holy City remains one of Hicks favorite city’s. “I have a lot of friends in Charleston. I love the city. I sang the anthem at the Cooper River Bridge Run. So I very familiar with Charleston. It’s been a few years since I’ve been back but I can’t wait to perform their this month.”

After being idle for more nearly a year, Hicks is ready to hit the road. He’s scheduled to play live during the Firefly Distillery Safe Sounds Spring concert series in North Charleston on Saturday June 12th. He’s coming to the low country with a twist. Hicks will perform Night Moves a Tribute to legendary rocker Bob Seger.

“Seger was one of the artists I was drawn too early on. I feel the same way about Van Morrison and Gregg Allman. What I like about Seger is, much like me he has soulful roots. I studied artists like him because they artistically connect to their songs.”

Performing other artists music isn’t new to Hicks. “I do these type of shows every now and then. Seger has such a fun catalogue. I think every generation knows his songs.” He adds, “The show is 95 percent Seger, and the other five percent is a few of my songs.”

Regarding the Firefly event in general. “This is an outdoor show, and Bob’s music is meant to be out in the open. The ambiance of an outdoor feel goes great with songs like ‘Night Moves’, and ‘Main Street’.

According to Hicks, sitting on the sidelines during the worst of the pandemic last year was tough. “There is no way to sugar coat it, 2020 was a dark year. I kept busy, did a few outdoor events, and a couple of private shows, but last year felt different. I had the restaurant which is something I partnered with, to hedge against my music. So when the pandemic hit, it was like having  both rugs pulled out from under me.”

“When you rely on playing live, and that drives you, you miss it. But hopefully we’re all beginning to light at the end of the tunnel. It would be nice if a lot of restrictions are lifted by the summer. I’m a little bit selfish. I welcome true interaction. I look forward to returning when we can sit close to one another, and enjoy shows inside and outside without any fear. I know my fellow entertainers are hopeful for that.”

For more than a quarter century music has been Hicks lifeblood. It’s opened doors for him, and he can’t imagine doing anything else. “I can’t see me ever sitting at a desk. So working at a bank or in accounting would have definitely been out. If I hadn’t accomplished what I’m doing now, I would have probably leaned towards the hospitality industry.”

There is another line of work that may have swayed him. “I’ve learned to scuba dive over the years. There is something about the solitude you get when you’re under water that is truly amazing. It’s very tranquil and hypnotic at the same time. So I think I could have easily have been a dive master, if this music thing hadn’t panned out. I hope that critic is right, and my career has another 15 years left in it. Music has become my first love.” 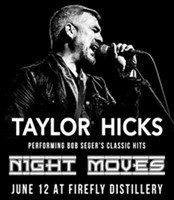 For more on Saw’s Juke Joint in Crestline Alabama visit their website at https://www.sawsbbq.com/locations/saws-juke-joint-crestline/