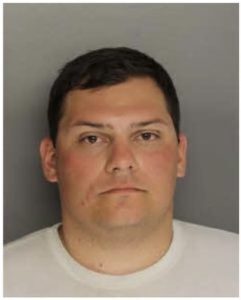 UPDATE: 7/19/21 – Deputies say Charleston City Councilman Harry Griffin’s charges have been dropped because the arresting deputy resigned from the Berkeley County Sheriff’s Office and  failed to show up for court.

UPDATE: 5/31/21 – In response to his arrest, Councilman Harry Griffin posted the following on Facebook: “I want to go on the record now and proclaim my innocence, as I will be vindicated in court in due time. I will be making a formal statement this week.”

Charleston City Councilman Harry Griffin (District 10) on Saturday was arrested by the Berkeley County Sheriff’s Office (BCSO) for driving under the influence.


According to BCSO’s records, Griffin was booked at 9:30 pm. WCBD is reporting that a bond hearing was held Sunday morning and Griffin was released on a $500 personal recognizance bond and is charged with “DUI, less than .10, first offense.” The local station also reported that a court hearing is scheduled for July 15th.

Griffin, who announced this past December that he was running for re-election, is no stranger to controversy. Calls for resignation began in December after his involvement and support of an event that happened in downtown Charleston that included The Proud Boys, a right-wing hate group. After a petition calling for his resignation from City Council collected over 3,000 signatures online, Griffin posted a letter on his social media accounts saying he made “mistakes” in regards to the rally.

His letter angered some of the event’s organizers who then leaked audio of Griffin going after fellow council members in an expletive-laden phone call. In the leaked audio, Griffin can be heard saying, “It’s probably not in my best interest to come out for this one (the aforementioned event), but I don’t want you to change anything about your document at all. I read the whole thing and I thought ‘goddamn there’s some really good shit in this’…This is some poignant stuff.”

The document Griffin referenced was created by the event’s organizers and included a section that called the Equity, Inclusion, and Racial Conciliation Committee – which Griffin was serving on at the time – “nothing short of a barely-veiled government sanctioned platform for radical, leftist, anti-American, racial bigotry and propaganda.” He was subsequently removed form the the city’s Equity, Inclusion and Racial Conciliation Commission in December.

The audio also captured Griffin saying that in “every meeting” he has to “bite his tongue,” but wishes he was able to tell certain people “they are cocksuckers and I fucking hate’em and I wish I could see them out on the street.”

The incident led to the Charleston City Council creating a Code of Conduct, which allows the group to reprimand their fellow council members if they violate their oath of office.