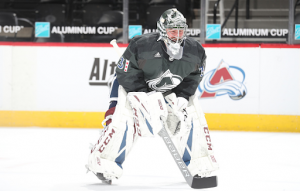 The Colorado Avalanche are the bookmaker’s favorites for the Stanley Cup this season despite not having won it in 20 years. As far as NHL odds go, the Avalanche are 14/5 to end their two-decade-old drought at the end of the season.

The Boston Bruins are right behind in that regard at 9/2, as are the Vegas Golden Knights, while the Tampa Bay Lightning are 11/2.

Colorado could be the ones who write the story after going 4-0 in their series with the St. Louis Blues on Sunday. With a second-round appearance now booked, anything is possible. While they are the favorites, they aren’t the ones most bettors are putting their money on, with a number of dark horses having garnered the attention of fans and punters alike.

According to Oddschecker, the Lightning currently control 49 percent of the bets although they finished the regular season in third place. The Lightning were 3-1 over the Florida Panthers at the time of writing, with a game scheduled for Monday night.

The Lightning are the defending champions, which does give them an edge. The Tampa Bay Buccaneers winning the Super Bowl this year also leaves folks over there feeling quite lucky, it’s no wonder they’re putting money there. There’s also the fact that Tampa Bay finished just five points below the division-winning Carolina Hurricanes, matching their 36 wins for the season. The Pittsburgh Penguins are the last team to win two consecutive Cups but the Lightning are showing very good signs as it pertains to such prospects.

The Toronto Maple Leafs and Montreal Canadiens have both claimed 10 percent of the total Stanley Cup winner betting. The former won the North Division and they’re currently 13/2 with sportsbooks – that they’ve 13 Cup wins to their names doesn’t hurt either. Only one of the teams will advance to the next round, though, as they’re matched with each other in the playoffs and were 1-1 at the time of writing.

Maple Leafs center John Tavarez suffered a nasty head injury in the first game and has been ruled out for two weeks.

According to head coach Kyle Dubas, Tavarez was “thankfully cleared of all structural damage to his head, neck and spine, which was a major concern.”

“The knee injury you can give a timeline on, but the head injury and concussion, it’s very difficult to place a timeline on when someone’s going to return from that. We handle those conservatively and sensitively. We will follow those protocols to a T with that,” he continued. “We have to be very careful and keep in mind that he’s got a young family and there’s an onus on us to protect him and his future.”

The injury could continue to have a negative impact on the team but it’s possible that it also has the opposite effect and galvanizes the team.

“I think the players and staff have done as best they can,” Dubas added. “These things are tough. These are athletes that a lot of people view as difficult to knock down and keep out. To see something in an accidental, freak situation like that happen, it makes everybody feel vulnerable. Especially the players who play the game.”

Should the Leafs advance past the first round, it will be the first time since 2013.

The Canadiens could represent the most value at 33/1. The Montreal outfit is the most decorated in the NHL with 24 titles, but they haven’t won since 1993 and were the lowest-scoring team to make it to the playoffs this term.

They’re certainly an underdog at the moment but, if they manage to make the most of the series with their Canadian counterparts, odds could shorten drastically. 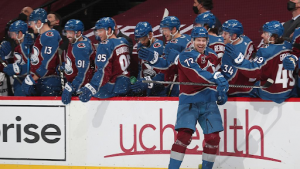 The Avalanche have been bet on by just five percent of punters. So, while they’re the bookies’ favorites, fans are inclined to think otherwise.

Their sweep of the Blues marks the fourth time they’ve gone unbeaten in a playoff series and they’ve gotten into the second round for the third straight year. The Avalanche have won nine straight games and will be properly rested by the time they get to face the winner of the Golden Knights and Minnesota Wild series.

The Knights were 3-1 at the time of writing, just needing a win on Monday night to book their trip to the next round. Avalanche supporters will hope the series could be extended as it would make things even better for their team.

Tips for Helping Your Restaurant Dominate