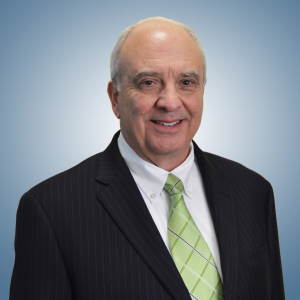 Charleston Allergy & Asthma announced this week it will be celebrating the retirement of Dr. Thomas B. Harper in June of this year. Dr. Harper is one of the practice’s founding board-certified allergists. He started his first Charleston-based allergy practice in 1981 and later joined forces with Dr. Bruce Ball to form Charleston Allergy & Asthma in 1994. The allergy practice announced that while Dr. Harper will be retiring as a full-time provider for the practice, he will maintain a presence on staff as a consultant.

“It has been the honor of a lifetime to serve countless patients throughout the Lowcountry over the past 40 years,” said Dr. Harper. “I feel very close to a large number of my patients, many as if they are family members. I greatly appreciate their trust in caring for so many families, some even for three generations. Helping my patients over the years and cherishing those lasting relationships has made this career more fulfilling than I ever could have imagined.”

As the allergy practice commemorates Dr. Harper’s retirement, its team of six remaining board-certified allergists will continue to serve patients throughout the Lowcountry at its three locations in Mount Pleasant, Summerville and West Ashley.

“While Dr. Harper’s retirement is bittersweet to our entire Charleston Allergy & Asthma team, we are honored to celebrate his many accomplishments throughout his tenure,” shared Dr. Bruce Ball, founding partner of Charleston Allergy & Asthma. “Our practice is a tight-knit group and Dr. Harper truly feels like family to us all. We wish him the very best as he begins his next chapter.”

Dr. Harper served as a board-certified allergist in the Charleston community for more than 40 years, caring for both pediatric and adult patients. He received his undergraduate degree from The Citadel, graduating in 1969 as a member of Band Company, having played the snare drum all four years as a cadet. He went on to earn his medical degree at Tulane University and later attended the University of Colorado/National Jewish Hospital for his allergy and immunology fellowship.

Dr. Harper has been awarded numerous accolades, both local and national, including being elected by his peers in Best Doctors in America. He’s also been awarded Best Allergist in the Mom’s Choice awards from Lowcountry Parent Magazine, Charleston’s Choice from The Post and Courier, Best of the Best from Charleston Living Magazine, Best in Health from HealthLinks Magazine and Best of Mount Pleasant Magazine. He has also won Best of Berkeley from the Berkeley Independent and Reader’s Choice from Summerville Journal Scene.

To learn more about Charleston Allergy & Asthma or to request an appointment with one of its board-certified allergists, visit CharlestonAllergy.com.

Follow us
Related Topics:Charleston Allergy and AsthmaDr. Thomas B. Harper
Up Next