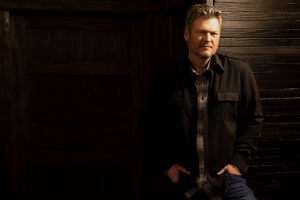 Tickets go on sale on Thursday, June 10th at 10 am at Ticketmaster.com.

“A little over a year ago when the world shut down and we had to postpone the tour, I was already in Omaha getting ready for the show that night,” Shelton said. “I told you we would be back, and I’m thrilled to say we are kicking off the ‘Friends and Heroes 2021 Tour’ in Omaha. I’m giving everybody in every city plenty of notice – you might as well tell your boss you’re gonna be late to work the next day and pay that babysitter overtime, because we are going to play some country music for y’all until they turn on the lights. And that might not stop us! I’m excited to welcome Martina McBride, Tracy Byrd, Trace Adkins and my very special guest Lindsay Ell to the Friends and Heroes 2021 Tour… see you there!”

Shelton’s tour announcement comes ahead of his Body Language launch this Friday, May 21st. The 12-track studio album includes his 28th career No.1 smash “Happy Anywhere” (with Gwen Stefani) and current Top 15 and climbing single “Minimum Wage.” Fans who pre-order the album HERE will instantly receive a download of the two tracks as well as the brand new ballad “Bible Verses” (LISTEN HERE).

Fans call also tune into NBC this evening at 11:35 pm to catch Shelton celebrating the upcoming release on The Tonight Show Starring Jimmy Fallon. The festivities will continue this Friday with performances on the Citi Music Series on TODAY in the 8 am, 9 am and 10 am hours. Next week (5/26), he will stop by The Kelly Clarkson Show.

Over the past 20 years since Shelton’s career launched, he has cemented his place in country music history with more than 8.5 billion global on-demand streams, 11 million career album U.S. sales and award wins approaching the hundreds – all of which began with his debut single “Austin.”

Beyond his country music career, the multimedia entertainer has earned widespread recognition as a seven-time champion coach for the Emmy Award-winning television show The Voice. The NBC singing competition is currently in its 20th season.