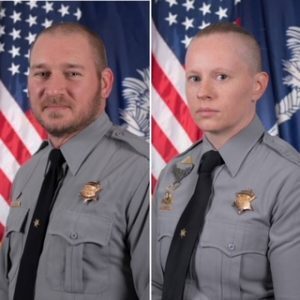 “Today, I made the decision to terminate the two detention deputies involved in this case. I must weigh the interest of public safety for the community against any incident that creates even the perception of an impairment to the operation of the Detention Center for the safety of all residents, staff and our Community.”