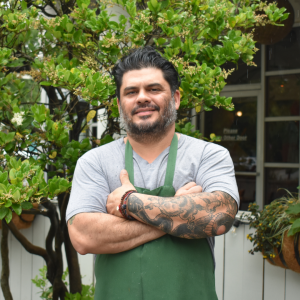 The Park Cafe this week announced that Peninsula Grill’s Ramon Taimanglo has been named Executive Chef, focusing not only on brunch and lunch, but dinner as well. In addition, food and beverage industry veteran Samson Kohanski joins the team from Los Angeles as new General Manager. The changes come ahead of what a representative for the restaurant says is “big news that the team looks forward to sharing soon.”

“Working with Karalee and the rest of The Park Cafe team seemed like the perfect next step for me,” said Taimanglo. “I knew it was time for a personal change away from the fine dining space, and can’t wait to get into the The Park Cafe kitchen and see how far I can push the culinary envelope.”

Chef  Taimanglo joins The Park Cafe team after a seven-year career at Peninsula Grill, and said he looks forward to transitioning from the fine dining space into a more casual environment, one with three dining hours and “more room for experimentation, creativity and nose-to-tail cooking.” He will be unveiling his new menus soon, all of which he said will have a heavy emphasis on seasonal produce, local seafood purveyors like Crosby’s and Tarvin, and simplicity.

“The pandemic really challenged our team in new ways, including focusing on dinner for the first time,” said The Park Cafe’s owner Karalee Nielsen Fallert. “We have admired Chef Ramon’s talent, creativity and passion from afar for a while now, and are thrilled to now have him and Samson onboard.” 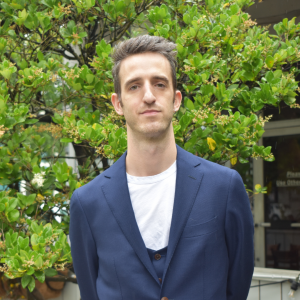 Kohanski began as General Manager of The Park Cafe in January 2021. He previously ran his own consulting and cocktail company in Los Angeles, WLDE, working for tech tycoons, movie studios, and artists/creatives, as well as ran the cocktail program at Michelin-star Chef Josh Skenes’ first LA restaurant Angler.

“The Park Cafe team is what made the decision to move from LA to Charleston easy for me,” said  Kohanski. “Everyone is so welcoming and eager to be a part of something bigger than themselves. With an atmosphere like that, anything is possible.”