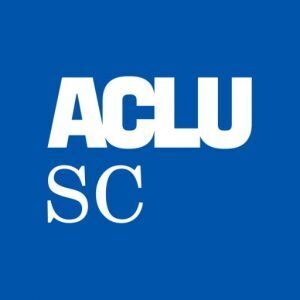 “Despite clear and incontrovertible evidence that South Carolina’s capital punishment system is racist, arbitrary, and error-prone, today our legislators passed a bill to keep the state’s machinery of death moving” said Frank Knaack, executive director of the ACLU of South Carolina. “The death penalty is modern-day lynching. It must be abolished.”

Proponents of this legislation argued that this legislation was just about process. They said the state is unable to carry out “lawfully imposed sentences” because it cannot get access to lethal injection drugs, therefore the legislature must provide an alternative method of execution.

“Let’s not kid ourselves, this bill is about finding a new way to restart executions within a racist, arbitrary, and error-prone system. We cannot divorce the method of execution from the system itself. It is unconscionable that our lawmakers are trying to pretend otherwise,” said Knaack.

South Carolina’s criminal justice system makes mistakes. Yet, capital punishment is irreversible. Since 1973, 185 people who were sentenced to death have been exonerated, including at least two in South Carolina. In addition, South Carolina courts have wrongly convicted at least nine people since 1989 alone, including five for murder.

“When talking about the power of the state to kill somebody, one mistake is unacceptable — in South Carolina we have had multiple,” said Knaack.

Capital punishment is applied arbitrarily in South Carolina. Capital punishment is not reserved for the “worst of the worst.” In reality, the likelihood of receiving a death sentence in South Carolina is not primarily based on the facts in your case, but rather on the race and gender of the victim, the location of the offense, and the Solicitor in office at the time of the offense.

“When the outcome of a capital case is driven by arbitrary factors, equal justice under law, the cornerstone of our legal system, becomes a meaningless phrase,” said Knaack.

Today in South Carolina, Black people make up more than half of South Carolina’s death row despite being only 27 percent of the state’s population. This staggering disparity becomes clear when you look at the role race plays in capital sentencing. People convicted of a capital offense are substantially more likely to receive a death sentence if the victim was white rather than Black. This disparity against Black people exists across all categories of capital sentencing.

For more information about this legislation please see our fact sheet – https://www.aclusc.org/sites/default/files/field_documents/oppose_s.200_-_the_electric_chair_has_no_place_in_21st_century_south_carolina.pdf.

Follow us
Related Topics:ACLU of South Carolinadeath penalty
Up Next

Footlight Steps Back into the Spotlight with Queen Street Cabaret Series