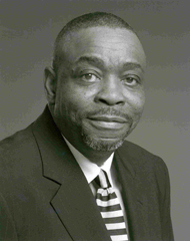 “First and foremost, we extend our sympathies and condolences to Mr. Sutherland’s family and friends. This is a tragic and unfortunate situation that deserves and is receiving a complete and thorough investigation on the part of Charleston County, the Charleston County Sheriff’s Office, the Charleston County Coroner’s Office, and Office of the Ninth Circuit Solicitor. Every party involved is committed to reviewing each aspect of his arrest and incarceration, as well as the events that occurred during an attempt to transport him to his bond hearing on assault charges on the morning of January 5, and his untimely death. Without question, Mr. Sutherland’s family deserves no less.

As we go through this investigation, it is critically important that conclusions not be drawn prematurely, that theories not be passed along as truths, and that hearsay or innuendo not become seen as fact. We hope the members of the community, as well as the local and national media, will be respectful of the family, as well as those committed to getting to the answers about this tragedy. No stone will be unturned. No question unanswered and no responsibility will be unaccounted for. If it is determined that Mr. Sutherland’s death was the direct result of inappropriate actions, then the proper authorities will take the necessary steps. That is how our system works. That is how it must work. And we must let it.

We recognize that this situation understandably raises legitimate and serious concerns. We recognize that emotions are high and concerns are justifiably warranted but it is important that we choose to address this, as a community at large, calmly and together. As a community, we have faced terrible challenges in the past together. We have shown the world during our darkest periods we are able and committed to working cohesively, respectfully, and honorably, and we must do so now.”