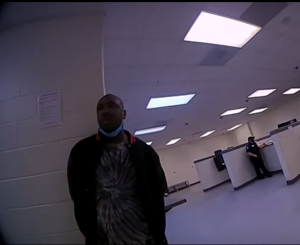 The video, which includes an address from North Charleston mayor Keith Summey, can be seen below.

Sutherland was being treated at Palmetto Lowcountry Behavioral Health, but was arrested after taking part in a fight with other patients and staff. He was charged with third-degree assault and battery and booked into jail. A SLED investigation found that Sutherland “became unresponsive and died” the next day while officials were attempting to remove him from his jail cell for a bond hearing. Potential criminal charges related to Sutherland’s death will be decided before the end of June, Ninth Judicial Circuit solicitor Scarlett Wilson said on Tuesday.

A forensic pathologist concluded that Sutherland died as a result of an “excited state with pharmacotherapeutic effects.” They also stated that the video footage did not show any “unusual or excessive interactions or areas of direct concern.” However, the cause of death was officially listed as “undetermined” by the coroner.

No one has been charged in connection with Sutherland’s death, but Charleston County sheriff Kristin Graziano said “the deputies directly involved in this incident were immediately placed on leave for several weeks and have been re-assigned per policy to administrative duties.”

Sheriff Graziano also said she supports releasing the video of Sutherland’s death to the public, but will not be doing so at this time in deference to his family and to “respect the integrity” of the investigation. She said Sutherland’s family is “not ready for the public to see the recordings of the death of their loved one.”