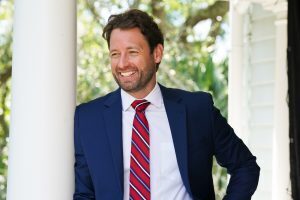 Former Congressman Joe Cunningham, a Democratic candidate for Governor, called for an end to the state holiday known as Confederate Memorial Day and to replace it with Election Day.

The state of South Carolina has officially observed Confederate Memorial Day since 2000, when the legislature added it to the state calendar, along with Martin Luther King, Jr. Day.

Cunningham said he would fight to end the observance of Confederate Memorial Day, replacing it as a state holiday with Election Day.

Cunningham announced his run for governor on April 26th and has since launched a 46-county tour of the state.