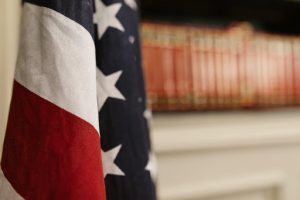 In the United States there is no federal law that prohibits all gambling, instead it is up to individual states to set their own laws and legislation. These days, at least some form of gambling is allowed in all states apart from Utah and Hawaii, however many other states such as South Carolina have highly restrictive laws round gambling activities.

In South Carolina, gambling is defined under law as being “the risking of any money, credit, deposit, or other thing of value for gain.” In this state, social gambling is generally not allowed, with the only permitted activities being bingo, raffles, and the state lottery.

The state lottery is known as the South Carolina Education Lottery and has been popular with residents of the state since its launch in 2002. Revenue for this lottery has so far exceeded $3.5 billion US dollars.

It is strictly forbidden to play games such as poker or to bet on activities such as dog racing. Casino gambling venues are also outlawed, with fines and prison sentences being the consequence for anyone found to be operating this sort of business venture.

Despite these strict rules, there have been some exceptions made over the last couple of decades. For example, in recent years a couple of businesses have been permitted to operate casino cruise ships that are launched from cities within South Carolina, however these are heavily regulated and can only offer certain games and wager amounts. 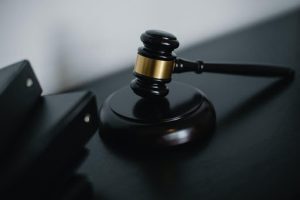 The rise of online gambling

Recently there has been a global trend with more consumers choosing to gamble online rather than in bricks and mortar venues. Playing online casino games and visiting betting sites is often much more convenient for players and more accessible. Various casino providers also offer a much wider variety of choice of casino games compared to those offered in land-based venues.

In South Carolina, the criminal code lacks any specificity when it comes to online gambling as there is no explicit mention of internet activities such as playing on an online casino. Nevertheless, it is generally interpreted that the laws that forbid in-person social gambling also extend to online gambling as well.

But how does South Carolina compare with other US states when it comes to gambling legislation?

One state that differs significantly from South Carolina is Nevada, home of Las Vegas, a city famous for its huge number of large luxury casino venues and tourism industry centred around gambling pursuits. Casinos have been legal there since the law was changed in 1931.

Wagering on professional sports and horse racing has also been permitted since 1949, those looking to place bets can do so in betting shops or within casino venues. There has even been legislative change to allow online gambling and permit interstate poker between Nevada and Delaware. 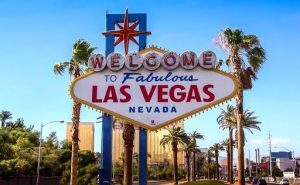 Another state that allows a variety of gambling activities is New Jersey, in NJ it is legal to play casino games, bet on sports and bet on horse racing. Online gambling is also permitted in this state, with New Jersey being the state to initiate the 2018 Supreme Court ruling of legalising sports betting activites.

Ever since the Professional and Amateur Sports Protection Act of 1992 was overturned by the United States Supreme Court in 2018, more states have made moves to legalise sports betting and online betting in some cases.

Permitting new forms of gambling has not been a straightforward process in all parts of the United States, for instance in the state of Massachusetts sportsbooks are allowed however in 2020 a bill to legalise online gambling failed to make it through into law.

States that are said to be close to legalising online gambling in the near future are Connecticut and Illinois, although it could still take a number of months before online casinos begin to operate there.

Indiana is also close to allowing online casinos as sports betting and mobile wagering has been permitted there for a couple of years already. Also, there is a large amount of support in Maryland for similar legislative changes.

There are a whole range of benefits that come with legalising these gambling activities in the United States. One obvious benefit is economic gain, as local economies benefit from the increased spending and tourism that casinos bring, as seen in Las Vegas, in addition to earnings from taxation.

Another consideration is that by legalising and regulating online and offline gambling, authorities are able to do more to prevent illegal and unsafe gambling practices and protect consumers from fraud and criminal activity.

While South Carolina may not appear to be the more progressive state when it comes to gambling activity, there is clearly plenty that could be gained by introducing new legislation and regulations. As more and more states begin to lessen restrictions, it is likely to be only a matter of time before lawmakers there consider doing the same.

What Is Sex Tourism?