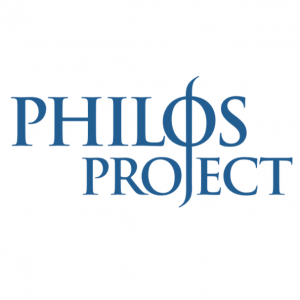 The African American Affairs Department of the Philos Project hosted the third installment of its Conversation on Race conference April 30th through May 2nd, 2021 in Charleston. The informative and thought-provoking program was co-hosted by Passages Israel and featured 24 attendees that had previously participated in a 10-day study abroad trip to Israel for college-aged students.  The organization plans to continue to bring diverse groups of leaders to the historic city to facilitate meaningful programming around the African American experience.

The Conversation on Race conference was created for black and white leaders to learn from each other while having challenging but honest conversations about the current state of race relations in our country in an emotionally safe space. Meaningful discussions explored the history of slavery, institutional racism, and challenged the idea of “white privilege”. Visits to prominent historical sites in the African American experience were well-received by participants including the McLeod Plantation, the Slave Mart Museum, and Mother Emanuel AME Church, where church historian Lee Bennett shared the rich history of the church as well as the heart-wrenching remembrance of the day that 9 innocent parishioners, including their pastor, were murdered by a white supremacist in 2015.

“Many folks want to forget about slavery and its cousin, sharecropping, but it’s real and it’s proximate.  Walking around the sacred grounds of McLeod Plantation, and entering a slave cabin… was sobering,” remarked delegate William Godwin, “After the Civil War, many of the enslaved Africans returned and camped out on the property holding on to empty promises that they’d receive some of the land they’d worked.  As the son and grandson of sharecroppers, it’s even more moving.  We are blessed to have these stones of memory preserved.”

The agenda also included lectures by historian Damon Fordham, and Penn Center representative Victoria Smalls who introduced the group to the Gullah Geechee communities and a beautiful discussion on Faith Practices of Enslaved Communities.  Participants thoroughly enjoyed the musical performance by Anita Singleton-Prather and the Gullah Kinfolks.  Guest lecturer, Dr. Dru Johnson of The King’s College and author of newly released book “Biblical Philosophy: A Hebraic Approach to the Old and New Testaments” traveled from New York City to explore the issues of race and slavery found in the Scriptures.   Throughout the conference the group explored the role of religion in American slavery and the responsibility of the Christian community in current discussions in the conversation on race in our nation.  One of the most remarkable sessions centered on the story shared by Will Ford, a Morehouse College graduate who teaches racial reconciliation across the nation.  His own story chronicles a ten-year friendship where he comes to learn that his own family was enslaved by the ancestors of one of his closest friends.  He details their journey through shame, anger, and eventually forgiveness.  This truly remarkable story is slated to become a motion picture.  “This past weekend was so informative and humbling. The Philos Project / Passages Conversation on Race in Charleston, SC was more than a conversation. It was a reckoning of our dark past, present, and prejudices as Americans and as believers in Jesus perpetuated against our black brothers and sisters that have been condoned far too long,” said participant Luke Agase.

The Conversation on Race in Charleston was made possible by a grant from the Loeb Foundation.

In addition to its Conversation on Race program, the Philos Project organized a similar activity for the Israeli Ambassador to the US and UN, Gilad Erdan and a cadre of African American leaders in February 2021 as a part of the Ambassador’s first trip to the United States after his appointment to the position.

As a part of its ongoing commitment to address the issues that are of concern to the African American community, The Philos Project African American Affairs (Philos AAA) Department will become The Shiloh Institute, a leadership organization that aspires to develop ethical global leaders from the Black community.  The Institute is considering headquarters in Charleston, the Ellis Island of Black America, where 48.1% of all enslaved Africans entered America.  “It is such a privilege to share this often-ignored part of American History with both black and white Americans,” says Director of Philos AAA, Kristina King, “It answers so many questions that are in our minds today.  Factual truth has a way of opening the doors of empathy and understanding.”  The organization’s mission is to help train ethical global leaders through the development of ethical, national and spiritual identity.  Associate Director Dr. David E. Jackson explained, “It is our goal to provide African American leaders with the tools to initiate positive change in the world.  But leadership emanates from within.  If you transform the leader, you can change the world.   We are working with emerging and established leaders to first know themselves, so that they will have the foundation and confidence to be the ethical global leaders that our world so desperately needs.”  Philos AAA has a particular focus on Africa and the Near East, the historical bond between the Black and Jewish communities, and America’s inner cities. For more information on The Philos Project AAL and the Shiloh Institute please visit www.philosproject.org/aal and Passages Israel (www.passagesisrael.org ).