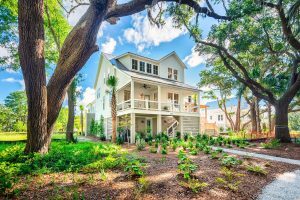 Kiawah River, a new waterfront community near Charleston, and the region’s first agrihood, experienced record-breaking first-quarter sales in 2021. The community reported 49 homes and homesites sold or under contract since January 1, 2021, surpassing its overall sales total for the previous year.

With an increased demand for new construction in a waterfront community, Kiawah River is attracting buyers from the Charleston region and beyond, including North Carolina, Georgia, Florida, Tennessee, New York, New Jersey, Connecticut, Pennsylvania, Texas, Ohio, Wisconsin and Colorado.

“Kiawah River offers the rare opportunity to live in a vibrant waterfront community that embraces the Lowcountry sea islands life, something homebuyers across the country are seeking now more than ever,” said Kiawah River’s Broker in Charge Chris Drury. “Over the past year, our team has seen a significant increase in interest from those prioritizing increased square footage and life on the water, and Kiawah River is perfectly positioned to meet that demand with 20 miles of shoreline, multiple water access points and 1,000 acres of open green space.”

Complementing Kiawah River’s home and homesite sales, construction on the Spring House, a waterfront swim and fitness amenity, is expected to be completed in summer 2021. The Spring House will later be joined by the community’s additional planned amenities, which a community chapel and riverfront event hall, a riverfront Inn, and a sports park including tennis and pickleball courts.

Kiawah River offers a diverse variety of homes starting at $800,000 and homesites starting at $200,000. The community has been carefully planned to embrace outdoor living, with only half of the property’s 2,000 acres developed, and the remaining 1,000 acres to remain open green space. In addition to its array of resort-style amenities and services, residents will have access to several launch points for fishing and exploring the pristine Kiawah River and inland waterways.

To learn more about life at Kiawah River, visit http://www.kiawahriver.com.