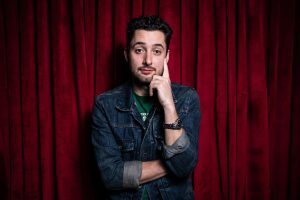 Keith Dee and Creekside Comedy announced that the next Comedy Night at Southern Roots Park Circle will be held on Friday, May 7th and Saturday, May 8th with headliner Caleb Synan.
–
Synan will be joined by Crystalle Ramey of “The 22 Tour” for three shows – 7 pm Friday and 7 pm or 9 pm on Saturday.

Ramey’s passion for Veterans inspired her to produce and perform in “The 22 Tour,” a comedy tour dedicated to leveraging the healing power of laughter to help put a stop to the literal 22 suicides that occur on a daily basis. The tour showcases all veteran comedians and will be in 22 cities nationwide.

Host Keith Dee is the biggest independent comedy show producer in the Charleston who produces events all over the area.