If this past year has shown anything in the sporting space in particular, it has been that venturing into the online space is extremely successful, as online sporting options as a whole have continued to thrive despite the turbulent year. This has been particularly true in markets such as sports betting, and moving forward many experts have suggested that changing regulation in sports betting online could help the economic recovery of those hit hardest, whilst some states such as Pennsylvania have introduced regulation in the online space, others such as South Carolina have yet to do so – but could these changes be close by?

For many, the answer is starting to certainly look like change is on the way – other big holdouts such as New York recently announced the budgeting to support expanding regulation into the online space – in a statement issued by Gov. Cuomo, he stated that New York intends to do online betting the right way, similar to how some states run their lottery with the state receiving the revenue rather than allowing the casinos to determine the rates and options. This has been an issue for many different states, with tribal rulings often protecting the casinos it doesn’t provide much opportunity for the state to control the online market, and this ensures that all budgeting from the state sees some return. 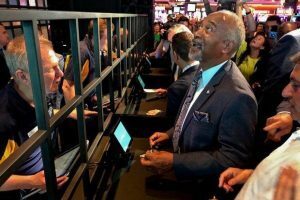 Others have hit similar roadblocks with a suggestion that language changes may be needed within the regulation to better protect the tribal casinos, but with a focus on economic recovery at hand instead it could also lead to a very different approach by many where necessary. For now, states such as South Carolina are surrounded by the states that have legalised sports betting and if the New York figures are anything to go by it’s likely that many residents already play on different sites in neighbouring states, with increasing support for the change to allow sports betting it may not be long until the success of the other states starts to move across the border.

And there is of course the economic factor too, as mentioned some experts have suggested that changing regulation for online sports betting and other forms of online gaming could bring in a lot of revenue, whether from issuing licenses to collecting taxes on the space too, and that may be encouragement enough to push for continued change in online sporting regulation particularly throughout the next year or two as many look to get sporting as a whole back on track, and particularly as there will continue to be some restrictions here and there on whether or not fans can be in live attendance leading to a surge in those looking for opportunities online until offline choices return.

What is CBD Edible?

What Are the Types of Competitive Shooting?