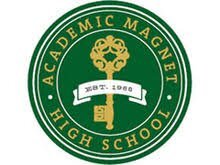 
“Congratulations to the entire Raptor community – parents, students, and staff – who give extraordinary commitment and dedication each and every day to create and foster the best in learning environments that result in exceptional achievement,” said AMHS Principal Catherine Spencer. “Your efforts deserve this national recognition and are noted throughout the world!”

Academic Magnet is the second-best magnet high school in the nation for the second year in a row as well.

Charleston County School District had four schools place in the top-25 of the U.S. News and World Report rankings for South Carolina; Academic Magnet, Charleston County School of the Arts, and Wando High School (in that order) are the top-three for the second year in a row, and James Island Charter High School is number 20 on this year’s state list.

Are You Waking Up To Your Dreams During Your Time of Isolation?